The Real Sociedad canterano renewed his contract with the club until June 2021 and debuted with the first team against Levante in September.

Real Sociedad announced today that they have renewed Andoni Gorosabel's contract until the 30th of June 2021. The right-back previously had a deal with La Real until 2019 but they have locked down the future of the defender in case Alvaro Odriozola is poached by Real Madrid.

Gorosabl, who is 21 years old and was born in Arrasate, debuted with the first team in September of this year against Valencia as a replacement for Odriozola against Levante but he has not played in LaLiga since. He has played two full games in the Europa Leage, however, against Vardar Skopje and added two assists in either game.

The defender played against Lleida in the first leg of the Copa del Rey, which Real Sociedad won 1-0 also. Manager, Eusebio will reportedly start to play more young players after his side's recent poor form, and with Odriozola recently linked with Real Madrid, they are acting fast to lock down their other options in the squad. 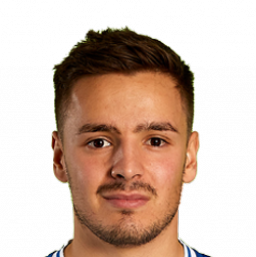