Right, we're going to wrap up this live feed. Real Madrid and Portugal's Cristiano Ronaldo has claimed the 2017 Ballon d'Or, equalling Lionel Messi's record haul of five award wins. In a repeat of the 2017 Fifa The Best Men's Player prize, Barcelona's Messi and Paris Saint-Germain forward Neymar complete the podium (in that order). Our full report on Ronaldo's fifth Ballon d'Or is here, while you can check out where each of the 30 nominees came in the final standings here. Many thanks for reading!
Here's Cristiano Ronaldo's reaction to winning his fifth Ballon d'Or:

Now Ginola has a present for Cristiano's girlfriend, Georgina - baby clothes with five trophies printed on them! Classy touch.

Ronaldo says that he hopes his battle with runner-up Messi continues to rage on, and backs third-placed Neymar to be the man to break the duo's stranglehold over the Ballon d'Or.

It's now a decade since anyone other than Cristiano Ronaldo and Lionel Messi last won the Ballon d'Or, when Brazilian Kaká scooped the award in his AC Milan heyday back in 2007. 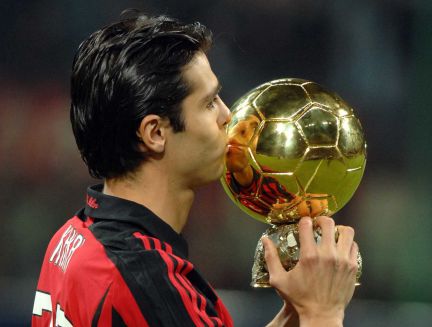 Cristiano also jokes that he wants "another baby" for Christmas. Well, he has said he wants seven children to go with his seven Ballons d'Or...
It is now revealed that Barcelona's Lionel Messi has come second, and Paris Saint-Germain's Neymar is third. A repeat of the Fifa The Best podium, then.

The chat at the Eiffel Tower hasn't stopped, by the way. Ronnie says he's challenging himself to reach seven career Ballon d'Or wins - it's not the first time he's said that. He's 33 in February; a tall order, surely... 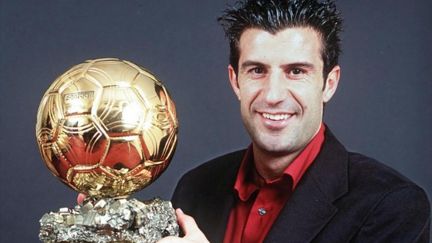 Cristiano Ronaldo's fifth trophy moves the Real Madrid and Portugal star level with Lionel Messi at the top of the all-time Ballon d'Or standings, while Portugal now join Germany and the Netherlands as the countries with the most award wins: seven.

We're still to be told who came second and third, as far as I know.

"You really deserve it!" Ginola tells Cristiano. The Real Madrid man then hails an "amazing" year before being joined on stage by his mother and his eldest son, who by the way isn't bad at the old round ball himself.

...and Cristiano Ronaldo appears holding the Ballon d'Or! "Does that mean he's won?" asks my colleague. Yes, I think it does.

Ginola asks Ronaldo who he thinks should win. After a bit of squirming, Mr Nazario says it should be his namesake. "I'm a Real Madrid fan," he explains, in addition to stressing CR7's achievements with Portugal.

Ronnie tells Ginola that winning the Ballon d'Or was a "dream". We're now treated to a video of our top three in action: Cristiano Ronaldo, Lionel Messi and Neymar.

David Ginola has changed out of his salmon-pink jacket and is now looking even swisher in a tux. He welcomes Ronaldo (the original, Brazilian one, who won the Ballon d'Or in 1997 and 2002) onto the stage. They start with some witty banter.

We're about to get underway at the Eiffel Tower:

So, we're guaranteed the same top three as 2017's Fifa The Best Men's Player award. Will it be the same order?

Legend.
And it is indeed Gigi in fourth:
Were I a betting man, my hard-earned moolah would be on: Ronaldo, Messi, Neymar, Buffon, Modric.
Ramos's Real Madrid mucker Luka Modric is fifth, up 12 from 17th in 2016.

He did skipper Real Madrid to the odd trophy or two this year, I suppose... 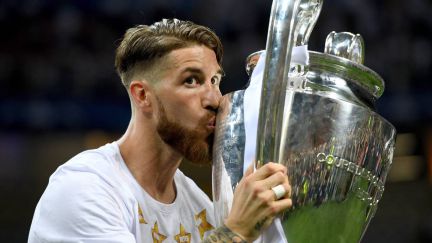 Mbappé also scooped the 2017 Golden Boy award for the best under-21 player - by a record margin - but was a notable omission from the shortlist for Fifa's The Best Men's Player prize. 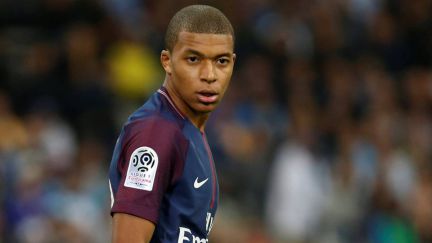 In his first year among the Ballon d'Or nominees, Mbappé's goes straight into the top 10 after a calendar year that saw him establish himself as THE young talent on everyone's lips, helping Monaco to the Ligue 1 title and the Champions League semi-finals - and becoming a full France international - before moving to PSG in the summer to form a deadly strike trio with Edinson Cavani and Neymar. 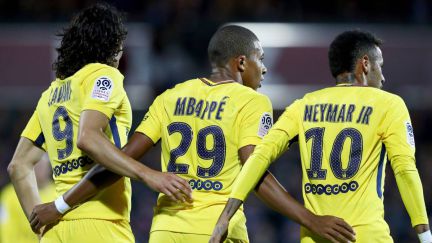 Bayern Munich and Poland star Lewandowski is up from 16 in 2016, while Spurs and England ace Kane is in for the first time after a calendar year which, by my (not infallible) counting, has seen him score 48 goals for club and country. 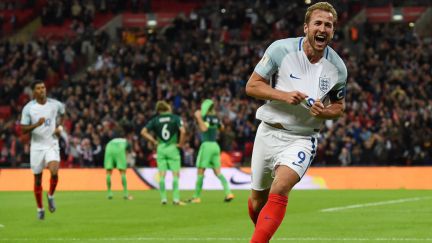 At number nine? It's Robert Lewandowski!
Tottenham Hotspur's Harry Kane is in at number 10!
Monsieur Ginola is, as ever, looking swish. And that gleaming trophy really rounds out his outfit:

De Gea grabbed the headlines at the weekend with a stunning display in Manchester United's Premier League win at Arsenal, leading to all manner of meme-tastic musing on all the things that Dave could save... 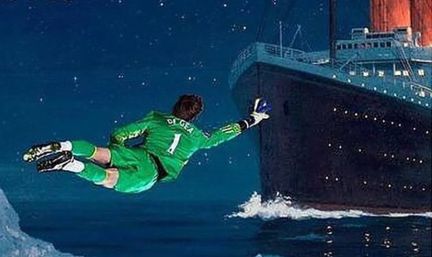 Also in there from the English top flight was Manchester United goalkeeper David de Gea: the Spain goalkeeper, who was making his debut among the Ballon d'Or nominees this year, came in 20th.

By the way, you may be interested to read this interview with the man who's hosting tonight's Ballon d'Or ceremony: David Ginola spoke to AS's own Robbie Dunne last month about surviving a heart attack in May 2016 and his efforts since then to raise awareness about issues of cardiac health and to promote people's knowledge of first aid - something that he says he owes his life to. A fascinating read. 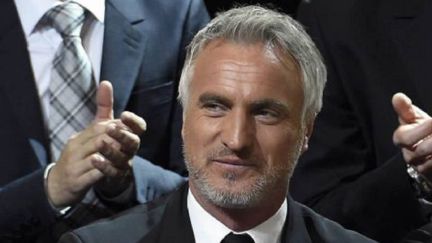 Paris Saint-Germain onion-bag botherer Edinson Cavani, who is now just three goals shy of Zlatan Ibrahimovic's club-record 156 goals for the Ligue 1 giants, is 11th.
Real Madrid's Isco, included among the Ballon d'Or nominees for the first time, is rewarded for his sterling 2017 with a 12th-placed finish:
The countdown continues: of LaLiga's contenders, Atlético Madrid's Antoine Griezmann, who was third in 2016, this year slips down to 18th, Real Madrid duo Marcelo and Toni Kroos are 16th and 17th, respectively, and Barcelona striker Luis Suárez is down from fourth 12 months ago to 13th.
A Real Madrid-heavy ceremony this evening. Team game, and all that.
Goals, goals, goals. Premium grade keepers don't tend to get a look in, with the only exception being Gianluigi Buffon, who was runner-up in 2006.
And number 25 is... Yep, Real Madrid's first representative on the list. Benzema has endured a tough(ish) season so far, and has been heavily criticised for his lack of goal threat. A league title and Champions League trophy last season is not bad, mind.
Planes, trains and automobiles. For sure it won't be a three-day odyssey of misdventures for CR7 to reach Paris.

Ronaldo's former Real Madrid team-mate James is fully in favour of individual trophy number five for the Portuguese striker. "He has improved over his whole career, which has turned him into a fantastic player," he said. 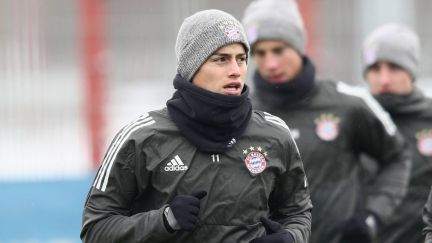 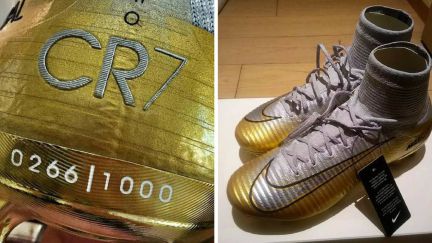 "This video conference is ruining my enjoyment of going to the Ballon d'Or event" claimed football agent Jorge Mendes giving evidence via video conference from Pôrto as part of the Cristiano Ronaldo tax investigation case. 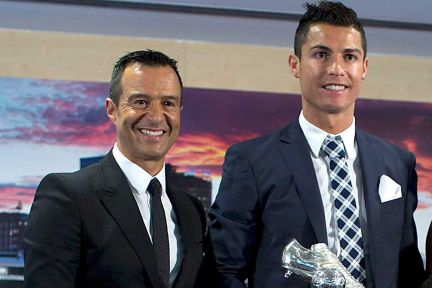 Ever wondered why mercurial Argentinian Diego Maradona never won a Ballon d'Or award? Watch here and find out why.... 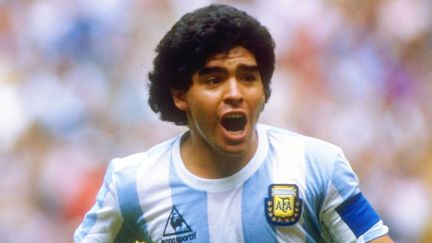 Have a browse through or gallery showcasing 13 players that you probably can't recall being shortlisted for the Ballon d'Or award. 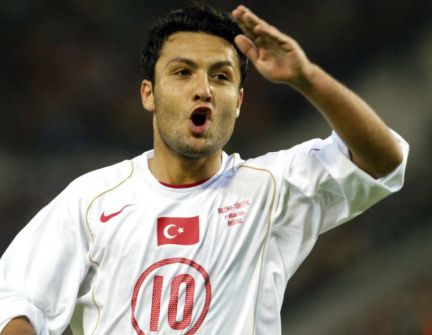 Hello and welcome to our live coverage of the 2017 Ballon d'Or awards ceremony from the Eiffel Tower in Paris. The event starts at 19:45 CET but we'll be building up throughout the day prior to the ceremony.

The stunning Eiffel Tower in the French capital is the setting for this evening's star-studded event hosted by respected French magazine 'France Football' with former PSG, Newcastle and Tottenham player David Ginola this evening's host

Cristiano Ronaldo is the firm favourite to walk away from Paris with his fifth Ballon d'Or award and equal FC Barcelona striker with his five trophy haul. Since 2008 no other player apart from this incredible duo has won the prestigious award with AC Milan's Kaka' the last player to win the prize.

The ceremony officially starts at 19:45 CET but the action from Paris will be well underway before with the famous red carpet as the guests make their way into the hall.

Will we see a repeat of last year with Cristiano winning, Messi second and Griezmann third on the podium? Join us to find out ....