Bale trains with the group and Zidane calls up Manu Hernando 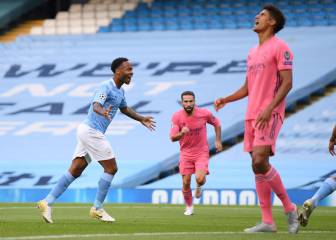 Bale trains with the group and Zidane calls up Manu Hernando

Gareth Bale will not be ready for Sevilla but continues his comeback from injury, while Hernando has been drafted in from Castilla.

Gareth Bale trained with the main group of players on Friday ahead of Real Madrid's LaLiga clash with Sevilla at the Bernabéu.

Bale could be ready for Sevilla

The Wales international returned from a lengthy injury spell in the Copa del Rey draw against Fuenlabrada, but immediately suffered another setback.

Zinedine Zidane, however, confirmed in his pre-match press conference that the that against Sevilla on Saturday afternoon will come too soon for Bale.

Jesús Vallejo also returned to training, and it is likely that he will be thrust straight in to the backline at the Barnabéu.

With that in mind, Real Madrid Castilla defender Manu Hernando trained with the first team at Valdebebas and looks set to feature in the matchday squad. Zidane has already name the 19-year-old on the bench against Fuenlabrada.