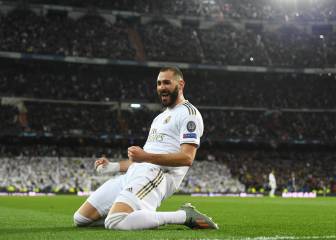 With the two goals he scored in this afternoon's game, Cristiano averages 1.5 goals per game against Sevilla.

Cristiano Ronaldo celebrated his fifth Ballon d'Or out on the pitch this afternoon against Sevilla. The Real Madrid ace found the target twice against the side he loves playing against more than anyone else - out of all of the teams in LaLiga Santander, he has scored the most against the Andalucians.

With the two goals he scored today (the second, from the penalty spot), Cristiano's tally against Sevilla is 27 goals in 18 games (25 in LaLiga and two in the European Supercup). Breaking down those figures, he's scored four hat tricks, three braces and one 'poker' of four goals - Cristiano, who only failed to score against Sevilla on five occasions, averages 1.5 goals per game against the southern side. It's no wonder he relishes this particular fixture in the league calendar.

Mourinho puts Cristiano on a par with Pelé