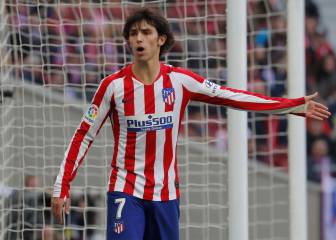 Jesus Vallejo finally travels with the squad despite not being registered to compete in the tournament. Injured Bale and Varane also travel.

Real Madrid set off for the United Arab Emirates this morning with a 24 man squad that included the injured Raphaël Varane and Gareth Bale. Jesus Vallejo also made the flight to Abu Dhabi despite not being registered to participate in the competition.

Madrid will face local side Al Jazira in the second semi final on Wednesday after the Abu Dhabi based side pulled off a surprise in eliminating Asian champions Urawa Red Diamonds from Japan with a 1-0 scoreline.

Jesús Vallejo was involved in yesterday's demolition over Sevilla but the club opted not to register the player as part of the 23 man list to participate in the Emirates but the club will be able to amend this list until Tuesday evening, some 24 hours before they kick off at the Zayed Sports City stadium.