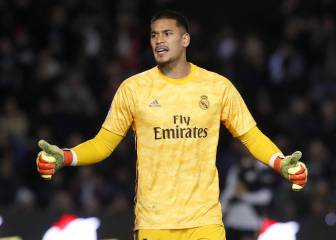 Liverpool couldn't make their dominance count as a questionable spot kick given against Lovren allowed their blue neighbours to leave with a surprising draw.

Wayne Rooney scored his first goal in a Merseyside derby as his late penalty earned Everton a 1-1 draw with Liverpool on Sunday.

Liverpool had taken the lead in the 229th meeting of the old rivals when Mohamed Salah spectacularly curled a shot home just before half-time, but the Reds were unable to find a killer second goal at Anfield.

Everton kept their discipline and refused to wilt and were awarded a spot-kick after Dejan Lovren barged over Dominic Calvert-Lewin.

Rooney, who rejoined his boyhood club from Manchester United in July, showed no nerves as he equalised with 13 minutes left.

Liverpool manager Jurgen Klopp made six changes from the side which thrashed Spartak Moscow 7-0, including the surprise decision to leave Philippe Coutinho and Roberto Firmino on the bench. But despite their missing stars, the manager can point to the fact that his side completely dominated the match and should have put it to bed earlier.

Dominic Solanke and Alex Oxlade-Chamberlain were selected ahead of the Brazilian duo while Andrew Robertson replaced Alberto Moreno at left-back.

The start was typical of a Merseyside derby; feisty tackles, misplaced passes, no chances taken with clearances booted into row Z if required.

Liverpool looked to show the early attacking intent, with Salah and Sadio Mane on the ball frequently with an eagerness to run at Everton's defence.

After 15 minutes the game settled, Liverpool monopolising possession with Everton's two banks of four happy to sit deep and seek to frustrate the home side.

xG map for the Merseyside Derby.

Mel Brooks said, "Tragedy is I cut my little finger. Comedy is when you fall in an open sewer and die." pic.twitter.com/vbYOAsp525

Liverpool carved out an opening just before the half-hour mark when Mane received the ball on the byline and cut it back for Solanke inside the box, but under pressure from Tom Davies the striker scuffed his effort.

Everton fought hard, with Rooney using his strength to shoulder James Milner to the ground to the approval of the visiting supporters. Gylfi Sigurdsson took things a little too far and received the first booking of the contest for a late challenge which caught the ankle of Liverpool captain Jordan Henderson while Idrissa Gueye was also shown yellow for a tackle from behind on Mane.

The first goal arrived three minutes before half-time with the influential Salah, Liverpool's most effective attacking player in the first half, the source.

Salah was fed the ball by defender Joe Gomez on right flank, shrugged Cuco Martina easily to the ground and cut inside on his left foot. The Egypt international dropped a shoulder to move past Gueye and then curled a sublime finish into the top corner with Jordan Pickford grasping at thin air.

Liverpool should have been two goals ahead by the break when Mane stole possession and found himself through on goal. However, the Senegal forward dragged his shot wide when he could have given passed for a tap in.

Liverpool remained the likelier to score. From Milner's cross early in the second half, Salah headed wide with the goal at his mercy. Then, Mane had the Kop on its feet with an acrobatic effort, but Pickford was well stationed to save comfortably.

The hosts went close again in the hour when Salah's curling free-kick picked out Gomez who glanced a header just over the crossbar.

When a draw feel like a win and a loss

Liverpool's frustration was punished when Everton were awarded a penalty with 15 minutes left after Lovren needlessly shoved Dominic Calvert-Lewin to the ground.

Rooney stepped and as Simon Mignolet dived, emphatically dispatched spot kick into the middle of the net.

Coutinho was introduced shortly afterwards and he tested the reflexes of Pickford with a free-kick but the Toffees held on.