The 24-year-old right-back spoke to Maisfutebol about how the Barcelona dressing room helped him get over a controversial start to his Camp Nou career.

Nelson Semedo has opened up about his training ground bust-up with Neymar in an interview with Maisfutebol.

It is the first time that Semedo – a summer arrival from Benfica – has discussed the incident that took place in Miami during pre-season training, before the Brazilian’s world-record transfer to PSG.

“The episode with Neymar didn’t harm me. It was a normal situation in training, but it took on another dimension,” said the Portugal international.

“It didn’t affect me because I had the support of all the team, and my friends. I had only just arrived and one of the most influential players in the team started conflict with me after a normal training ground coming together.”

“It made me uncomfortable at first, but I came to understand it. He was having a difficult time, he wanted to leave.”

Semedo did not immediately gain the adoration of Barcelona fans, and he thinks he knows why.

“Here they had the best player in my position: Dani Alves. He wasn’t going to be easy to replace, so it’s normal that the fans have doubts.” 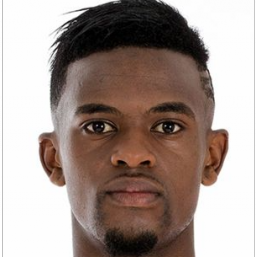 Neymar storms out of Barcelona training after bust-up with Semedo