Gulf Cup: Kuwait and Saudi Arabia in Group A; Qatar in Group B 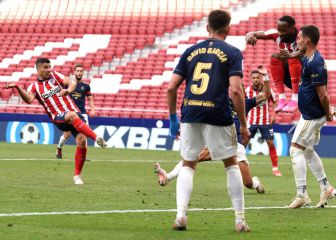 Gulf Cup: Kuwait and Saudi Arabia in Group A; Qatar in Group B

The groups have now been defined for the tournament, which gets underway in Kuwait on 22 December. Kuwait and Saudi Arabia will play the inaugural match.

The draw for the 2017 Gulf Cup of Nations wasn't too kind to tournament hosts Kuwait, who find themselves in a tough group alongside World Cup qualifiers Saudi Arabia, United Arab Emirates and Oman. The defending champions Qatar landed in Group B with Bahrain, Yemen and Iraq. The first two teams from both groups will qualify for the semi-finals.The inaugural game in the tournament couldn't be more appetizing with Kuwait taking on Saudi Arabia on 22 December.

This edition of the Gulf Cup will be hosted by Kuwait following FIFA's decision to lift the suspension imposed on the Kuwait Football Association (KFA) for breaching rules on political meddling. This edition of the competition was due have been held in Qatar but in an act of good faith,the Qatar Football Association (QFA) decided to cede hosting the tournament to Kuwait. Title holders Qatar, who are coached by Spaniard Félix Sánchez, will defend the trophy they won in the last edition in 2014.

The QFA have already confirmed that entrance for the matches will be free. The tournament will be sponsored by FIFA, will feature international match officials and will count on the presence of FIFA president Gianni Infantino in the opening match and the final. A new edition of the Gulf Cup of Nations is taking shape.

Hosts Kuwait the most successful side