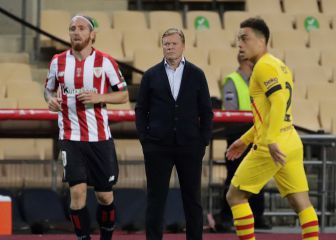 A DPKR own goal in the 64th minute gave Seoul’s side the victory in Tokyo.

In a tension-full East Asian Championship, North Korea suffered a 1-0 defeat to South Korea in Tokyo. An own goal by North Korea’s Ri Yong-Chol in the 64th minute defined Tuesday’s match.

The tournament is contested by four East Asian teams: South Korea, North Korea, Japan and China. Due to a defeat to Japan on Saturday, North Korea is out of chances of winning the competition. On the other hand, South Korea, that held China 2-2 in their opening game, can still clinch the Championship. It will all be decided on next Saturday’s match against Japan.

Despite escalating tensions between the two nations, both national anthems were observed respectfully at the Ajinomoto Stadium in Tokyo. Since the kick-off, the South was the likeliest to score, as they generated more and better opportunities than their northern neighbors. In the 18th minute, PKR’s Kim Yu-Song was booked for elbowing South Korea’s captain Jang Hyun-Soo. That was just one of the first aggressions in a match marked by hostile tackles.

The only goal of the game arrived from a failure of North Korea’s defensive lines. In the 64th minute, a cross by Kim Min Woo rebounded off by PKR’s center-back Ri Yong-Chol filtered into the net. It was a definitive goal, a shock for the hermit kingdom. A couple of minutes later, in one of North Korea’s final attempts, Jong Il-Gwan generated a wide shot, however, it went out.

'It was a special game for us - special for the players and for the country,' North Korea coach Jorn Andersen told Reuters. 'I think for the first 30 minutes the players were a little bit nervous. They weren't as free, like the game against Japan,' added the former Norway striker. 'We were unlucky to lose against Japan but I'm less satisfied today. I don't know what the whole reason is that we didn't play well.'

North Korean footballers could be punished

North Korea’s regime has a history of punishing athletes who don’t succeed on international competitions. Back in 2010, when the country lost all their three group matches in the World Cup, it was reported that the North Korean government punished the coach and the players by shaming them in public and by sending them to prison camps.  However, FIFA investigations, in collaboration with local authorities, proved this to be “baseless” reports.

After the 2016 Rio Olympics, at which North Korea achieved only two medals, Japanese professor Toshimitsu Shigemura, an expert on the North Korean leadership, declared: 'Those who won medals will be rewarded with better housing allocations, better rations, a car and maybe other gifts from the regime, but Kim is going to be angry and disappointed at these results. Those he feels have let him down are likely to be punished by being moved to poorer quality housing, having their rations reduced and, in the worst-case scenario, being sent to the coal mines as punishment.'

After North Korea’s recent secretive nuclear tests, relations in the Korean Peninsula have been stretched to a breaking point. Currently, due to international tensions, North Korean nationals are banned from entering to Japan, however, special visas were issued in order for the PKR players to compete in the East Asian Championship.