The 36-year-old club captain spoke about his long-term plans at Real Betis, and also provided an update on his contract situation.

On Thursday evening Real Betis announced the list of individuals who have bought shares in the club. Club captain Joaquín was one of the names that appeared, along with former managers Lorenzo Serra Ferrer and Gabriel Calderón.

Joaquín's relationship with the club is special. He emerged through the academy at Betis and has always wanted to retain a link with Los Béticos.

Speaking to Canal Sur Radio on Thursday, the 36-year-old spoke about his long-term ambitions at the Benito Villamarín.

"Of course I'd like to be the Betis president," he said, "I'm happy as a player, but you never know about the future. My dream is to continue to be part of this club for life."

No news on contract renewal

He also discussed a possible contract renewal. "We have spoken about staying on, but there is nothing to announce. I don't want to distract myself, the main thing at the moment is the team, and turning this situation around."

Real Betis are without a win in six league matches, a run that has seen them slide down the LaLiga table after making a flying start through Quique Setién. 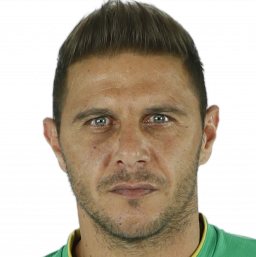 Betis: Tonny Sanabria could miss the rest of the season