Share a Coke: defender arrives at Levante on loan from Schalke

Share a Coke: defender arrives at Levante on loan from Schalke

The former Sevilla captain has returned to LaLiga until June 2018 after an injury-hit spell in the Bundesliga.

Levante have confirmed an agreement with Schalke 04 to take right back Coke Andújar on loan for the remainder of the 2017-18 season.

The former Rayo and Sevilla defender will officially join on January 1 and could feature in Levante’s first game of the new year, at home against Barcelona.

Coke, a three-times winner of the Europa League with Sevilla, came through the ranks at Rayo in his native Madrid and joined the Bundesliga club in the summer of 2016. A serious injury sustained in a pre-season friendly with Schalke meant that he had to wait until April 2017 to make his competitive debut for the club.

Despite making seven Bundesliga starts at the end of last season, Coke has found playing time hard to come by under new coach Domenico Tedesco and has featured for just one minute in the German top flight this season.

Coke made 111 appearances for Rayo and 173 for Sevilla before moving to the Bundesliga. 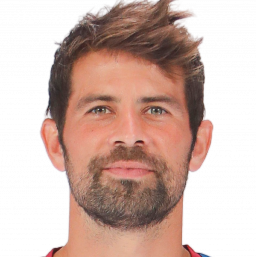