Mesut Ozil's spectacular strike was enough to give the Gunners all three points and ends a stuttering period for the London club in the Premier League.

Mesut Ozil's spectacular strike was enough to give Arsenal a 1-0 victory over Newcastle as the Gunners ended a three-match winless run in the Premier League on Saturday.

Arsene Wenger's side boosted their bid to qualify for the Champions League via a top-four finish and in the process condemned relegation-threatened Newcastle to an eighth defeat in their last nine games.

In truth, the margin of victory ought to have been more emphatic than the exquisite volleyed finish by Ozil in the first half at the Emirates Stadium.

The game's first chance was carved out by Newcastle, Jamaal Lascelles' header from a free-kick being beaten away by Petr Cech, but the first half belonged to Arsenal.

Nominal full-backs Hector Bellerin and Ainsley Maitland-Niles pushed up into midfield to offer width to the Arsenal attack, while in midfield Ozil and Jack Wilshere swapped positions at will. That left Alex Iwobi to drift across the front line and he seized on a fancy flick by Alexis Sanchez only to see his shot charged down.

We take the lead - and in some style too!

Sanchez was the next to go close, shooting over the bar before Maitland-Niles intercepted a loose pass in the 13th minute and skipped away from two tackles before sending in a low shot which ruffled the outside of the Newcastle net.

When the opening goal arrived after 24 minutes, it came as a result of a dazzling interchange between Wilshere and Iwobi.

The latter squared his cross into the path of Sanchez and when DeAndre Yedlin blocked the Chilean's shot, Lascelles headed clear only to Ozil, who hooked the ball into the far corner with a majestic finish.

Newcastle's response was negligible, primarily because they could not hold on to the ball and because they were too busy chasing Arsenal shadows. Bellerin and Granit Xhaka were the next players to try ambitious efforts for the home side before Ozil set off on a mazy run which almost produced a memorable second goal for the German.

Twice he exchanged passes with a teammate, on the second occasion with Sanchez, but having squirmed his shot from an acute angle under the body of Newcastle keeper Rob Elliot, he could only watch on as Lascelles prevented it from crossing the line. Sanchez then struck an early shot just wide as half-time approached.

Less convincing second half from Gunners

The second half began in a strangely muted atmosphere. The tireless Iwobi did his best to inject some passion back into the Arsenal faithful with a bullish run into the box which forced Elliot to save at his feet.

Then, almost out of nowhere, Newcastle carved out their most dangerous attack of the match with Jacob Murphy cutting inside to force Cech to parry away his low shot.

Arsenal relied so heavily on their technique and teamwork that they appeared at times to lack the individual bravery to simply take a player on or run beyond him to open up the stubborn defence facing them.

France striker Giroud made an immediate impact, heading down a Sanchez cross to Wilshere who drove it at the legs of Elliot.

Newcastle mounted late pressure on the Arsenal goal with Joselu having a goal-bound shot deflected and Ayoze Perez shooting narrowly over, but it could not prevent them slipping to another defeat. 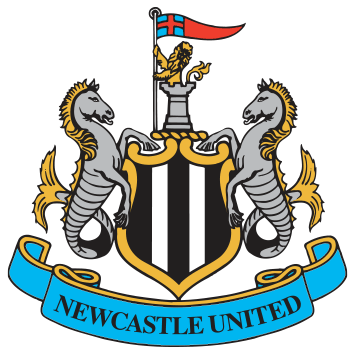