Lucas Barrios has played his last game for Gremio

Lucas Barrios has played his last game for Gremio

According to the Brazilian press, the forward has offers from Chilean outfit Colo Colo and clubs in China and Russia but the player insists talks have yet to start.

Paraguayan striker Lucas Barrios is set to leave Grêmio; he played his last game for the Brazilians in Saturday's FIFA Club World Cup final against Real Madrid as he himself confirmed after the game.

Barrios, who was born in Argentina but who is a naturalized Paraguayan citizen, told local media that he has not reached an agreement with Grêmio to renew his contract which leaves him free to negotiate with other clubs. "I knew that the Club World Cup final would be my final game for Grêmio", explained the 33-year-old forward, who started yesterday's match against Real Madrid and was replaced by Jael Ferreira on 63 minutes.

Barrios to mull over offers from Chile, Russia and China

According to Brazilian media, Barrios has offers on the table from Chilean side Colo Colo and unspecified clubs in China and Russia, but the player says that negotiations with other clubs have yet to start. "I will analyze what's on offer but right now, I'm only thinking about getting some rest", he said.

As for Saturday's 1-0 defeat to Real Madrid, Barrios explained Grêmio simply couldn't "create and develop" their game against "the best side in the world", and added: "We really believed we had a chance to beat them and that's why we all feel a bit downhearted". 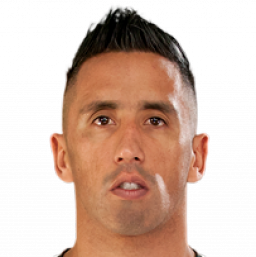 Ramos: "Cristiano is unlike any striker we've ever seen before"