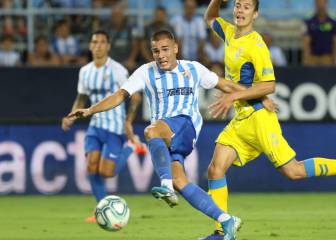 The Flamengo pearl will spend seven days in the Spanish capital, checking out the various elements of Real Madrid's operation as well as looking for a house.

Vinicius Junior, the Flamengo youngster that is already set for Real Madrid after a 45 million euro agreement, arrived in the capital of Spain on Monday to get a true insight into the innner workings of Los Blancos.

According to Globoesporte, the 17-year old will use the break he has in South America - as the Brasileirao and the final of the Copa Sudamericana have now been concluded - to spend some time in Madrid with with his father, his brother and his uncle, Lucas Mineiro, who is also his agent. In that period he will go to the Valdebebas training establishment, to the Santiago Bernabéu stadium and will begin his preparations for his big move to Spain.

Real Madrid tied down the pearl of Flamengo when he was 16 years old. Both clubs agreed to the transfer of the player's rights as of July 2018, a date when he will be of legal age. Vinicius has recently declared that he would like to stay at Flamengo for the complete calendar year of 2018 and join up in January 2019, but the plan in Madrid is that he is incorporated into the squad next summer. "He's ready to take the leap," they say at the club.

During his visit, Vinicius will get to know all the ins and outs of the club, meet with some of his future teammates and will watch Saturday's Clásico against Barcelona. After his week in Madrid, the Brazilian will continue with his holiday and will travel to the United States to visit Disney World with his family. The forward is due to return to the Flamengo fold on 4 January 2018 as they start preparations for the start of the Rio de Janeiro championship on 13 January.

Barcelona say no guard of honour for Real Madrid at Clásico

Real Madrid target Kepa out for a month after foot injury