Greater Manchester Police have confirmed that they have arrested a man on suspicion of racially aggravated assault after an incident against Tottenham Hotspur.

Police investigating reports of a racially motivated attack on Manchester City forward Raheem Sterling announced they have arrested a man on Tuesday. 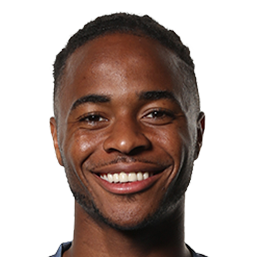 Man in custody after Sterling 'assault'

'A 29-year-old man was arrested earlier this morning, Tuesday, December 19, 2017, on suspicion of racially aggravated assault,' said Greater Manchester Police in a statement.

'He is now in police custody for questioning. This is being treated as a hate crime.'

The attack is reported to have taken place as Sterling arrived at City's Etihad Campus base prior to Saturday's 4-1 win over Tottenham Hotspur, in which he scored twice.

The Sunday Telegraph newspaper said a man appeared to be waiting for the 23-year-old England international as he pulled up at City's training complex, which is adjacent to the Etihad Stadium.

When Sterling got out of his car, the man is alleged to have kicked him and shouted racist abuse. City have not commented on the matter.

Sterling has been one of the stars of City's record-breaking season, scoring 15 goals in all competitions as Pep Guardiola's side have romped clear at the top of the Premier League and racked up 16 straight league wins.

City looking to keep treble bid on track against Leicester