Neto carrying on after ankle scare

The Chilean midfielder joins from Mexican outfit Necaxa. He will sign a contract which will keep him at La Rosaleda until June 2019.

Manuel Rolando Iturra Urrutia is returning to Málaga. The southern club officially announced the signing of the Chilean midfielder this afternoon on their web page. The 33-year-old joins from Mexican side Necaxa where he has been based for the past 18 months. Iturra joins Málaga on a year and a half deal, which will keep him at La Rosaleda until June 2019. 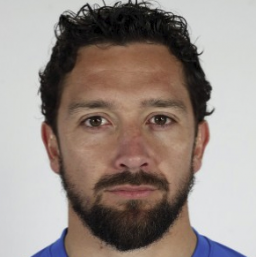 Iturra was at Málaga five years ago

This will be his second stint at the club - he spent the 2012-2013 season with the Malagueños, during the team's hey day as they were competing in the Champions League. After the he had spells with Granada, Udinese, Rayo Vallecano and in the Mexican Liga MX before returning to Spain.

Atlético to report Barcelona to Fifa over Antoine Griezmann