The centre-half reappeared for Athletic in an Under-23 match against Swansea City in Wales, his first match since May.

Yeray Álvarez has taken a symbolic step in his second return from testicular cancer. The 22-year-old started for Athletic Under-23s against Swansea, a match played in Wales as part of the U23 Premier League.

The centre-half has not played an official match since 21 May 2017, when Ernesto Valverde handed him a starting berth against Atlético Madrid at the Calderón. Yeray played 90 minutes of the last LaLiga match at Atlético’s old home, which Diego Simeone’s side won 3-1.

Yeray was diagnosed with testicular cancer in December 2016, and had an operation just after Christmas of that year to remove a tumour. He returned to training on 12 January 2017, joined the rest of his colleagues on 17 January, and played his first match on 4 February – a LaLiga clash against Barcelona in Camp Nou. Throughout the course of the 2016-17 season, Yeray played 26 league matches, eight matches in the Europa League, and one more in the Copa del Rey.

On 13 June, Athletic released the statement that nobody wanted to read. Yeray suffered a relapse and required further chemotherapy to treat an adenopathy that was detected in follow-up tests. At that point, Yeray was with the Spain Under-21 side preparing for the European Championship in Poland. He was forced to leave the squad.

All being well, that will have been his final setback. 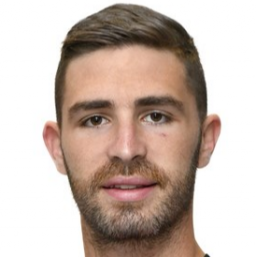