Vela: "In my wildest dreams I could not have imagined such an amazing send-off"

Vela: "In my wildest dreams I could not have imagined such an amazing send-off"

The Mexican striker spoke after playing his final game for Real Sociedad. Vela hit the winning goal in the 3-1 home win over Sevilla.

Carlos Vela brought his six and a half years at Real Sociedad to an end in style, by hitting the winner right on the final whistle as the Basque side beat Sevilla 3-1 in front of an ecstatic home crowd in San Sebastián last night. The Mexican striker, who will be joining Los Angeles FC next month, gave his final press conference in the Anoeta press room after the match.

How do you feel about your move to Los Angeles after such an epic finale to your spell at Real Sociedad?

I think the euphoria of tonight's game caught on and it ended up being a wonderful night. Even in my wildest dreams I could never have imagined such an amazing send-off - I could never have thought it would end this way. It makes me very happy to see how much I'm loved by the people here and I feel the same way about them.

Even someone who tends to hide their feelings like yourself is feeling emotional?

There were no tears. but yes I did feel emotional and I have many feelings about the club, the city - I've been here many years, I've had so many experiences and special moments. Football isn't my big passion but I am grateful for what the game has given me and it's thanks to football that I can go through moments like this and get to know all of the people I have met here. That's what I'll remember, and I hope I'm remembered for the person I am more than the footballer.

Have you ever felt regrets about deciding to leave La Real now, halfway through the season?

No, not at all. I'm leaving full of ambition to continue playing and with the hope of winning things in the US. I've spent 12 years in Europe, much has happened during that time, and there will be many things that I'll miss. The moment to move on has come and the right project has arrived - in a country where I have always wanted to live.

What did you feel when you saw the ball cross the line against Sevilla tonight?

It's something which, right at that moment, you can't really believe. So many things are going through your mind that you almost don't enjoy it. It was incredible and I cannot ask for anything more, I'm going out on a high note and I would like to say Thank You to all of the people who have been a part of these last six years. I am leaving, but I will always come back and a part of me will stay with La Real and in San Sebastián.

Has this night in Anoeta on your goodbye been the highlight of your time at Real Sociedad?

Whatever happened, nothing was ever going to spoil this moment when I have to say goodbye. Maybe I even lowered my expectations so that I wouldn't end up leaving feeling sad. I thought it would all work out well, but not as well as it did. It's a special moment and a very nice one - the best or one of the best.

How have your final few hours as a Real Sociedad player been?

I don't usually look at social media sites but I really wanted to before the game because there were so many positive things and nice messages, and I wanted to bid farewell like that. I'd like to thank everybody who sent me a message, it's something which will always remain in my heart.

Do you regret not winning a trophy with La Real?

For me, I've already won something just by being here. It's very difficult to win trophies, when you have Real Madrid and Barça winning things. When I joined the club, the objective was to make sure we didn't get relegated and I am leaving a team who is battling in Europe, so that in itself is a victory for me. I helped the team to move forward and I'm leaving a club with a solid project and a great future. And who knows, maybe in the future I will be celebrating a La Real triumph from a distance as though I were still here.

Do you think you were too young when you left Mexico?

Maybe, but it made me mature quicker. In my youth I did things that I wouldn't do now. But we cannot change the past; I have no regrets. I'm leaving happy, maybe it could have been better but that's something we'll never know.

How are you going to your son what Real Sociedad means and why it is so different?

I still don't know. As soon it came out that I was joining everyone spoke wonders about the club, it's difficult because this club is like a family. The things that stick in my mind is the affection, the humility and the hard work which the club shows every day of the week and that's what makes La Real and the Basque Country so special.

What are you hoping for in Los Angeles?

A bit of everything. I had the chance to go to many other places but I was convinced by the project that was presented to me. Maybe I found myself in my comfort zone here and when that happens, you are unable to give your best. That's another reason why I chose Los Angeles. I'll be trying to win a trophy; the bigger teams here meant that wasn't possible with La Real. 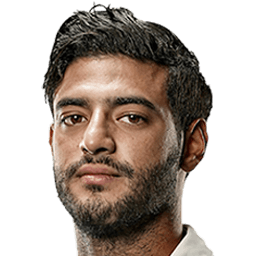