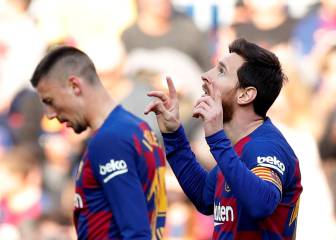 Manchester United and Tottenham Hotspur are thought to be the LaLiga and Champions League holders' chief rivals for Sessegnon's services.

Ryan Sessegnon is fast becoming one of the most sought-after young talents in Europe. The 17-year-old Fulham left-back, who can also operate as a winger, has the continent's elite clubs closely following his development at the Championship side.

And according to the British newspaper The Guardian, Real Madrid, Manchester United and Tottenham Hotspur are the three major suitors who are at the head of the queue for the England Under-19 international's signature.

Sessegnon is said to have earned glowing scouting reports at Real, whose regular left-back, Marcelo, will be 30 in May. Summer recruit Theo Hernández had appeared destined to be the Brazilian's long-term successor, but Los Blancos are also believed to be open to other alternatives.

Sessegnon has particularly caught the eye for his ability going forward, with the LaLiga giants an option thought to be viewed favourably by the player's camp.

Photos show damage to Marcelino's car after collision with boar