Deportivo Alavés have confirmed the Enzo Zidane's move to Swiss side Lausanne Sport. His time in the city of Vitoria was somewhat of anecdotal failing to impress coaches Luis Zubeldía, Javi Cabello, Gianni de Biasi or Pitu Abelardo. The leap up from Segunda B to the Spanish top flight proved to be a step too far for the young player who failed to secure a place in the Alaves first team

The 22-year-old featured heavily in many of the club's pre-season games for the Basque side but once the season started the Bordeaux born player made just two appearances in LaLiga.

Despite heave media attention initially surrounding his signing. his time in the Basque capital has been disappointing and testament to this is the desire for the LaLiga outfit not to consider a loan move with the deal to Lausanne being a firm sale. 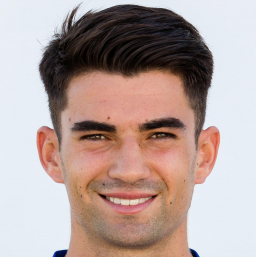