Bakambu off to China after Villarreal accept succulent offer

Bakambu off to China after Villarreal accept succulent offer

Chinese Super League club Beijing Guoan put 40 million euros on the table for the Congolese striker, who joined the Submarine from Bursaspor in 2015.

Villarreal coach Javier Calleja confirmed this afternoon that Congolese centre-forward Cedric Bakambu will be leaving the club in the next few hours to join Chinese Super League side Beijing Guoan. Bakambu only signed a two-year contract extension with Villarreal last summer amid interest from West Ham.

Calleja said that Bakambu's departure is just part and parcel of football. "It's not the best thing that could have happened to us but a lot of clubs have expressed an interest and in this case, a club came along who were willing to pay of out our players' buy-out fees. And when that situation arises, there's really not a great deal you can do", Calleja explained in this afternoon's press conference.

Villarreal and Beijing Guoan are expected to have reached an agreement over Bakambu by this evening while Calleja expects the club to find a replacement by the end of this month. Bakambu has missed the squad's last two training sessions and didn't feature in the list for tomorrow's Copa del Rey tie against Leganés. 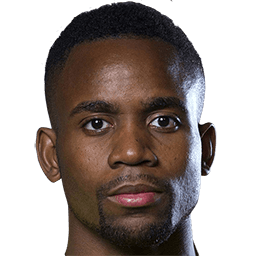 Roig: "Rodri is a Villarreal player but anything can happen"