Join us for live transfer news: as January's window opens, we'll bring you all the rumours and deals happening in Europe's major leagues and beyond!

Carlos Tévez looks set to return for another spell at Boca Juniors.
Arsenal confirm their first signing of the window. Arsene Wenger confirmed following last night's draw against Chelsea that Mavropanos will go out on loan in the short term.

Our MK Dons correspondent, Matt, has been keeping a close eye on this one. They've just signed highly-rated Chelsea striker Ike Ugbo on loan until the end of the season. 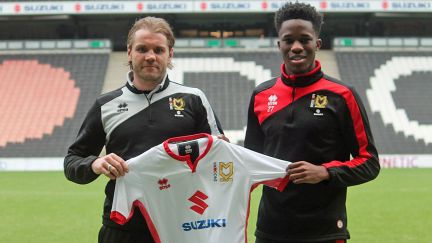 Inter Milan's Mauro Icardi or Leipzig's Timo Werner to reinforce the attack. That was the conclusion of a meeting held at Real Madrid just after Christmas, according to L'Équipe, although Zidane insists that Karim Benzema will remain his first choice.

John Guidetti is reportedly doing his medical at Alavés and the deal will be confirmed shortly which could mean the end of the road for Bojan at the club as he might be squeezed out and sent back to Stoke City.
Faustino Asprilla has seemingly announced Yerry Mina to Barcelona on his Twitter account. The Colombian was set to return to training with Palmeiras on Friday but maybe a deal has been done? The spanish club were reportedly not keen on Mina because it would mean the end of Masherano at the club and were also not happy with the price increase the Brazilian club put on the player if he was to move in January.

Chelsea goalkeeper Courtois, who has been the subject of intense speculation over possible interest from Real Madrid, has confirmed that his future appears to lie in London. On the one hand Real Madrid are on the point of tying up Athletic's young goalie Kepa Arrizabalaga, and on the other Courtois has confimed he's about to renew his contract with Chelsea: "In a few weeks we'll sit down with the [Chelsea] bosses, I'm happy at Chelsea and the deal is close to being done". His current contract runs to 2019, but Chelsea want to make him the best paid goalkeeper in the world, doubling his salary to nearly 12 million euros a year. 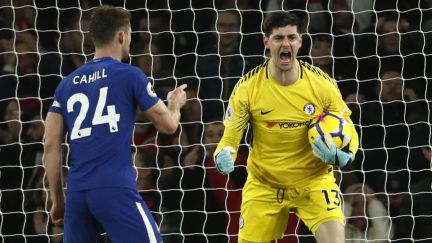 And according to reports, The Maroons have wasted little time in finding a replacement.

Torino have decided to dispense with the services of Sinisa Mihajlovic after the Coppa Italia loss to Juventus with the team in 10th in Serie A and 23 points off Napoli. 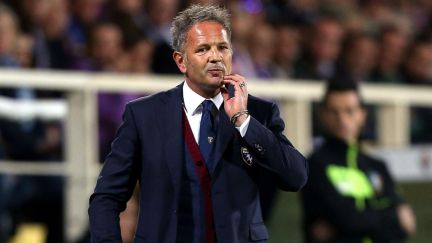 Arsene Wenger has backed Jack Wilshere for an England recall, but the midfielder claims there has been no movement in talks over a new deal.

We have a done deal over in Hong Kong, where veteran striker Diego Forlán has decided to have a crack at the AFC Champions League with Kitchee SC. 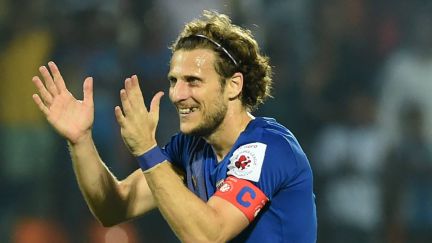 Sky Sports' Italian correspondent, Giannluca Di Marzio, is reporting that French giants PSG may look to make Chelsea manager, Antonio Conte, their next big statement. If this is true, Unai Emery will be looking for a new employer come the summer...maybe Stamford Bridge?

Meanwhile, in the Premier League, Big Sam is all smiles as the answer to Everton's estrangement from the back of the onion bag appears imminent.

Bayern Munich's none-too-subtle courtship of Schalke star Leon Goretzka has not gone too well in Gelsenkirchen. The Royal Blues' sporting director Christian Heidel has pointed out, somewhat archly: "We do not have to hear every day from the people of Munich how good the player is." 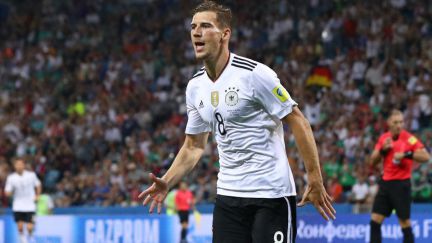 Jack Wilshere continued his impressive return to form as Arsenal drew with Chelsea last night. With his contract running out in the summer, would any team consider taking him, Sanchez AND Ozil off Wenger's hands with only their wages to pay? They'd know how to play together!

Coutinho and Lemar update from AS contributor Guillem Balague

Staying with the Blues on Merseyside, it seems another deal is closer to being completed with reports stating that a transfer fee for Cenk Tosun has been agreed.

The Liverpool Echo are reporting that another player could be moving between Liverpool and Barcelona however this time in the opposite direction. Out of favour Turkish midfielder Arda Turan has been linked with a move to Everton.

Suggestions are that Manchester United fear manager Jose Mourinho could leave Old Trafford this summer. More on that story coming soon, however, there will be no hint of which mode of transport he may choose to depart on if it does come to pass.

LaLiga is a potential shopping location for Serie A side Roma it appears. The capital side are eyeing up Atlético Madrid defender, Juanfran, for a January move.

Regarding the Coutinho story, Sport are reporting that the discussions between Liverpool and Barcelona on the Brazilian's valuation are currently sitting with a demand for 160 million euros and an offer of 130 million euros. How about we call it 145 million and put this story to bed?

With the press in Barcelona continue their seemingly wall-to-wall coverage of the Coutinho story, Liverpool are being strongly linked to Monaco star, Thomas Lemar. The 22-year old was expected to leave for one of several European heavyweights last summer but now could see a Coutinho-shaped hole as the perfect new home.

Reports coming from Spanish TV this morning classed as 'exclusive' state that Real Madrid will be receiving formal offers for Cristiano Ronaldo in the next few days.  El Chiringuito contributor Edu Aguirre explains that Los Blancos only have a few weeks to give their number seven what he's looking for.

Let's start with some breaking news: AS sources have provided information that Kepa Arrizabalaga has already signed a contract with Real Madrid but that the document includes two potential joining dates: January or June 2018. Various factors will determine which is used.

Good morning and welcome to our daily transfer updates, today, Thursday 4 January 2018. The official transfer period has only been open for a few days and things are heating up nicely with this winter window looking like it could be one of the most interesting since Ebenezer Scrooge flung his wide on Christmas Day. No doubt there'll be a few turkeys and some 'bah humbugs' to boot!