The 22-year-old striker has worked his way into Ernesto Valverde's plans with three goals in three games and has a release clause of €20 million.

José Arnaiz has taken his opportunities in the Copa del Rey and is working his way into the first-team plans of Barcelona manager Ernesto Valverde, to the extent he could be called up for the Liga game against Levante on Sunday.

Signed from Valladolid for a fee of up to four million euros last summer, Arnaiz has bagged three goals in three Copa matches and in the absence of Paco Alcácer through injury and Gerard Deulofeu’s ostracism Valverde has requested that Barça B boss Gerard López leave the striker out of his squad this weekend to allow him to remain with the seniors.

Born in Talavera de la Reina, 80km west of Madrid, Arnaiz is represented by Sergio Ramos’ brother, René. Quick and with a powerful shot, the 22-year-old has displayed his ability to play as a centre forward in the youth team and made the step up in Balaídos against Celta with aplomb. Unleashed by Valverde, who was aware of his history in the position at Valladolid, Celta were taken by surprise by his direct running and sharpness in the area, Arnaiz scoring Barça's only goal and coming within centimetres of another two.

His rapid rise is being encouraged by Valverde, who may hand Arnaiz a Liga debut this weekend in Camp Nou. But other clubs are also keeping a close eye on his development, Arsenal having already sent scouts. The player’s release clause stands at a not-prohibitive 20 million euros up to 2020 and 40 million after that. 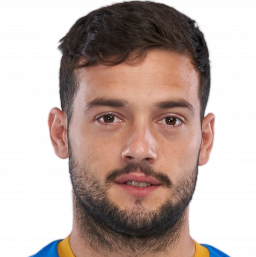