Getafe have presented Guaita an offer to renew for four years but Crystal Palace won't wait and are willing to pay for the keeper now.

Getafe are considering all of the possible alternatives open to them should they lose first choice goalkeeper Vicente Guaita during the January window. Reacting to rumours which place the 30-year-old at Crystal Palace, Getafe have presented the player with an offer to renew for the next four seasons. But it appears that Palace are not prepared to wait until Guaita's contract expires in June and are ready to pay his transfer fee now. The keeper's buy-out is set at 8 million euros but Palace could complete in operation for half of that amount, closer to four million.

Kepa arrival could leave Kiko Casilla out in the cold

It was summer signing Emi Martínez who guarded the net in yesterday's 2-0 defeat at Atlético de Madrid while Guaita occupied the subs' bench. But neither Martínez, on loan from Arsenal, nor third choice keeper Filip Manojlovic, who also arrived in the summer (from Red Star Belgrade) have much experience in LaLiga. Getafe have thought of Kiko Casilla as a possible replacement if Guaita leaves - Casilla might be open to moving across town on loan seeing as Real Madrid are believed to be close to signing Kepa Arrizabalaga. 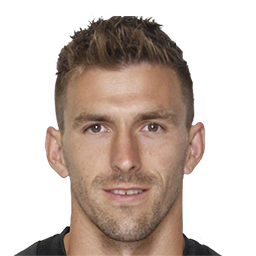 Zidane: "I don't need another goalkeeper"