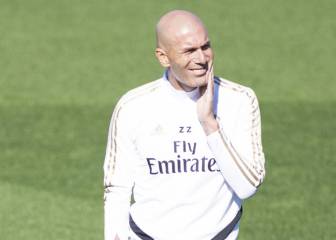 Zidane: "I've never had any problem with Bale"

Carlos Tevez hopes to turn back the clock and use his return to Boca Juniors as a springboard to get back in the Argentina team for this year's World Cup in Russia.

Carlos Tevez stated upon his Boca return "I still have a few years of football left, being in a World Cup for a player of my age would be something very nice," Tevez said.

The former Manchester United and Juventus striker -- who turns 34 next month -- last played for the national side in October 2015.

But Tevez will be happy to settle for just playing after a lucrative but ultimately miserable 12 months with Chinese club Shanghai Shenhua.

"I want to enjoy these next two years with Boca because it's the last thing I have left," he said as he was introduced by the club after his move last week. "I'm fine. It's much easier if I'm happy and I'm happy," Tevez said at his boyhood club's training ground just outside Buenos Aires.

"I want to thank the Chinse club because it has made it easier for Carlos to be here with us. There was no economic compensation, neither from Boca to the Chinese club nor from China to Boca," Angelici told reporters.

Tevez said: "We went hand in hand with the Chinese club. Boca did not have to put anything in."

Tevez joined Shenhua in January last year on an estimated 730,000 euros-a-week salary, making him one of the world's highest-paid players.

It may explain his comment at Tuesday's press conference when he reflected on his return to Boca: "As I won, I also lost."

Tevez scored only four goals in the Chinese championship during an injury-marred season in which he missed the Chinese Cup Final which his team won.

"I have no regrets. When I made the decision (to go to China) I took it knowing the consequences," he said.

"We all know the responsiblity of playing a Libertadores. I think it's time to try to take that weight off us and win it," he said. 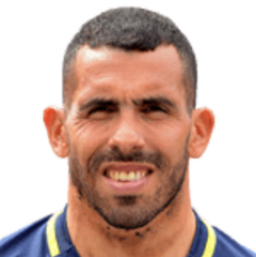