- Barcelona have a financial strategy to bring in Antoine Griezmann

Valencia have officially presented Francis Coquelin after completing the Frenchman's signing from Arsenal on a four-and-a-half-year deal:
Now why does this all seem very familiar...?

Bundesliga side Schalke are in talks with Chelsea's Baba Rahman who is not getting any time under Antonio Conte. Read more.

On the managerial front, Stoke City have told Espanyol boss Quique Sánchez Flores that he'll have to make his mind up sharpish if he wants to replace Mark Hughes in the dugout at the bet365 Stadium:
One of the transfer window's odder stories is developing today: Vélez Sarsfield have unveiled Watford forward Mauro Zarate - returning on loan for a third spell at the Argentinian side - despite the Hornets apparently insisting that an agreement is not yet in place between the two clubs:
Here's more on the news that Valencia have signed Francis Coquelin from Arsenal:

Out-of-favour Paris Saint-Germain goalkeeper Kevin Trapp has been tipped for a move to more than one Premier League club, but told reporters on Wednesday: "For now, I want to stay. I am in Paris, even though I do not have enough playing time."

Arsenal have also announced the Coquelin deal, which manager Arsene Wenger had last night confirmed was happening:
Valencia have confirmed the signing of midfielder Francis Coquelin from Arsenal, on a four-and-a-half-year contract that includes an 80-million-euro release: 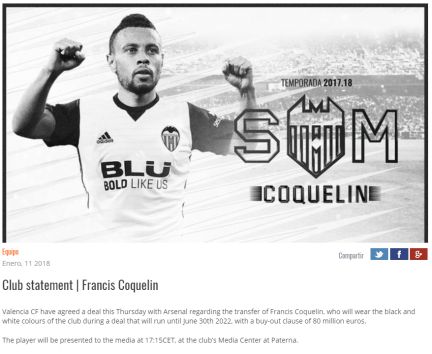 Atlético Madrid flop Nicolás Gaitán could be on his way to Inter Milan, with João Mário heading in the opposite direction:

Could Quique Sánchez Flores be destined for a return to the Premier League? 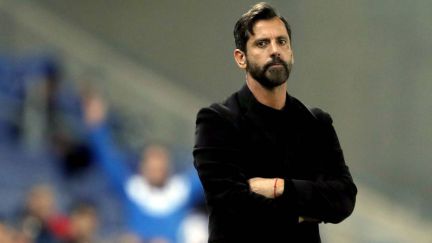 Arsenal legend Ian Wright has offered some interesting remarks on the future of Gunners playmaker Mesut Özil, who is out of contract in the summer:

Diego Costa took to boxing as part of his training for his second spell with Atletico Madrid. 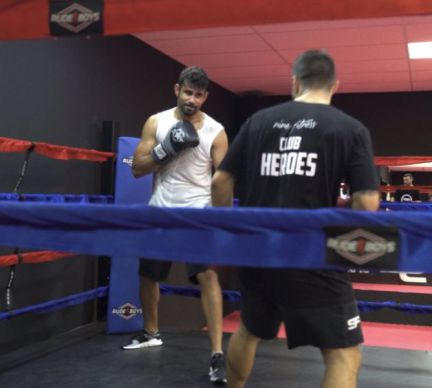 And Barça have not put their cheque book back in the drawer just yet as news arrives that Colombia international defender Yerry Mina is en route to Catalonia to put pen to paper on a four-year deal after Palmeiras agreed a 11.8 million euro fee for his transfer. 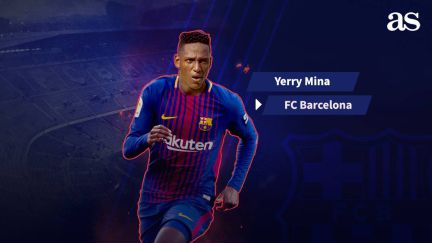 Join us for live transfer news: as the first week of the January window reaches its conclusion, we'll bring you all the rumours and deals happening in Europe's major leagues and beyond!