LaLiga change fixtures for Real Madrid and Atlético in week 20 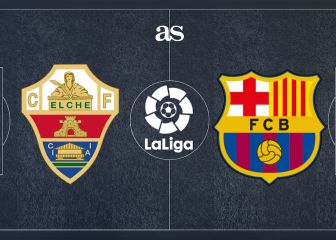 LaLiga change fixtures for Real Madrid and Atlético in week 20

After the Copa del Rey draw, the fixtures were to congested meaning there needed to be changes for the weekend after as Atlético and Real Madrid swap slots.

After the Copa del Rey, they soon realised there was a mess with fixtures. Leganés, drawn against Real Madrid, were scheduled to play Monday against Real Betis before the Copa clash while Real Madrid were set to play on the Saturday against Deportivo la Coruña meaning there was no fair way to have the Copa game midweek without leaving one team short of recovery time.

The schedule-makers had a look at the fixtures and decided to switch games the following weekend, after the game so Atlético and Girona play on Saturday instead of Sunday and Real Madrid and Depor take their slot on the Sunday.

Times for Gameweek 20 of LaLiga Santander