The Belgian defender has become an important player for Ernesto Valverde's side as they move clear of Real Madrid in the LaLiga title race.

Thomas Vermaelen has caught Barcelona by surprise. The defender has a reputation as a player made of glass, and justifiably so. Across the last three years he has barely played ten percent of Barcelona’s matches. But his luck has changed in the last six weeks.

Vermaelen due to match 2016-17 appeareances at Anoeta

The Belgian has played every match for the LaLiga leaders since 26 November, when he lined up in a top-of-the-table clash against Valencia. That run of games includes six league matches, three in the Copa del Rey, and on in the Champions League. Taking the Copa match away at Murcia in to account, Vermaelen has played 11 matches in the 2017-18 season. If he features for Barça at Anoeta on Sunday evening, he will equal the amount of games he played in 2016-17 while on loan at AS Roma.

Vermaelen has had some luck on his side. Gerard Piqué received a yellow card at Leganés and was subsequently suspended while Javier Mascherano picked up an injury in Argentina. Samuel Umtiti was the only fit centre-half. He needed a partner in defence.

“He’s not surprising me,” said Ernesto Valverde, “I see him train every day.” The Barcelona coach encouraged the club to retain faith in Vermaelen, rather than dipping in to the transfer market, when a deal for Real Sociedad’s Iñígo Martínez failed to materialise. Valverde liked what he saw of Vermaelen during Barça’s pre-season training camp in the United States.

Vermaelen almost made himself available for Barcelona B in October in an attempt to get game time. In the space of two months, he has become an important part of a team that is romping to the LaLiga title. 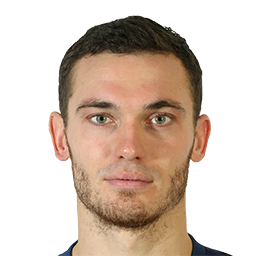