- Gerard Pique penned a new deal with FC Barcelona keeping the defender at Camp Nou through to 2022.

- More twists and turns in the Aubameyang saga...

- Should Cristiano Ronaldo stay at the Bernabéu or go, we asked and the fans responded...

"There is a way back in to the team for Aubameyang," says Borussia Dortmund sporting director Michael Zorc, with Arsenal yet to make a concrete offer. 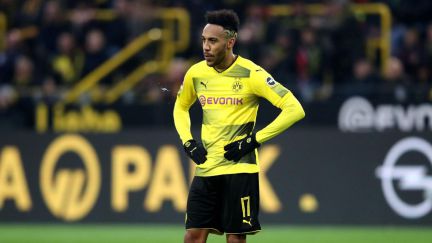 Barcelona have accepted a €35 million offer from Inter for Rafinha. Read the full story. 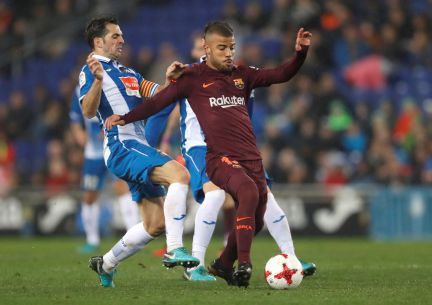 Van Persie resigns with the Dutch club where he started his career back in 2002.

Robin van Persie signs with Feyenoord.
Bayern Munich head coach Jupp Heynckes is not a fan of Arsenal target Pierre-Emerick Aubameyang, it would seem.
UD Las Palmas coach Paco Jémez has hit back at outgoing striker Loic Remy in the wake of the Frenchman's parting shot that Jémez treated him like a "piece of shit":
Despite his limited first-team chances since moving to the Bernabéu in the summer, Real Madrid midfielder Dani Ceballos has insisted that he is "happy" in the Spanish capital, despite Quique Setién, now coach of his former club, Real Betis, saying he looks "sad" at Los Blancos:

Real Madrid are trying to write the wrongs of last summer and have been linked with Fabian Ruiz, a 21-year-old midfielder from Real Betis. Quique Setien, his manager at Betis, says we just have to look at Danid Ceballos to know that moving to Real Madrid is not always as perfect as it seems.

Go Crouchy or go home, we say.
Italian transfer expert Gianluca Di Marzio alluding the Aubameyang move to Arsenal is very much on the cards
Manchester City have tied down midfielder Fernandinho to a new deal running until 2020:
Here's more on the news that Sergi Roberto has put pen to paper on extended terms at Barcelona:
Liverpool forward Daniel Sturridge, who has been linked with a move to Serie A club Inter Milan, is also rumoured to be in line for a switch to LaLiga, with Sevilla reportedly interested in the 28-year-old England cap.
Belgian youth Verlinden international joins German second tier side FC St. Pauli on loan from partner club Stoke City
Second division side Rayo Vallecano confirmed the signing of Atletico Nacional's Gorka Elustondo to shore up their defence.
Edinburgh based Hearts or Heart of Midlothian have picked up Steve Naismith on a loan deal.
Renovation all the rage at FC Barcelona at the moment ... Sergi Roberto latest player to pen an extension

As January rolls on just over ten days remain for clubs to make their moves. We'll keep you up to date with any more done deals, rumours and whispers here throughout the day.