The latest transfer news and rumours as the January window continues to chug along in LaLiga, the Premier League, Serie A, Ligue 1 and elsewhere in Europe.

Join us for live transfer news: as the January window continues to chug along, we'll bring you all the rumours and deals happening in Europe's major leagues and beyond!

De Bruyne puts pen to paper on his fresh Man City terms:
Manchester City have announced that midfield star Kevin De Bruyne has signed a contract extension tying him to the Premier League leaders until 2023:
Here's more on the news that Rafinha Alcántara has joined Inter Milan from Barcelona on loan, in a deal that includes the option to make the move permanent:
Ghana international André Ayew could be off to Turkey, according to a report in the French media:
Inter Milan have confirmed the signing of midfielder Rafinha Alcántara from Barcelona. The Brazilian moves to the Serie A club on an initial six-month loan deal with an option for the Nerazzurri to make the move permanent at the end of the season for 35 million euros (plus a further three million in variables).
Here's the full lowdown on tonight's confirmation that Manchester United and Arsenal have completed a swap deal that sees Alexis Sánchez move to Old Trafford and Henrikh Mkhitaryan join the Gunners:
Manchester United have confirmed the signing of Arsenal striker Alexis Sánchez. The Chilean arrives at Old Trafford in a straight swap for Red Devils winger Henkrikh Mkhitaryan, whose arrival at the Emirates has likewise been announced by the Gunners:
Hot on the heels of Jupp Heynckes' less than complimentary recent remarks about the way Borussia Dortmund's wantaway striker, Pierre-Emerick Aubameyang, has been going about his business this January, Eintracht Frankfurt boss Niko Kovac wasn't mincing his words when asked about the Gabon international today:
Las Palmas have announced an initial agreement with Sassuolo to send central defender Mauricio Lemos on loan to the Serie A club, with the Uruguayan to travel to Italy this evening ahead of a medical tomorrow. The LaLiga club do not specify the length of the mooted deal.
On the managerial front, Michael O'Neill has opted against leaving his role as Northern Ireland boss to take up the vacant Scotland job:
Athletic Bilbao defender Aymeric Laporte - himself no stranger to being linked with big-name suitors - has given the thumbs-up to goalkeeper Kepa Arrizabalaga's decision to turn his back on Real Madrid and sign a new, long-term contract at San Mamés:
Following on from the Van Persie transfer confirmation, the former Arsenal and Man United striker talked about what it means for him to return. 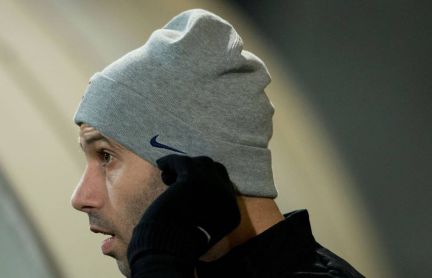 From the Lisbon Eagles to the South London Eagles...

Ukrainian goalkeeper Maksym Anatolievich Koval has joined LaLiga side Deportivo after completing a medical on Monday. He joins on loan from Dynamo Kiev till the end of the season with a future option to buy. 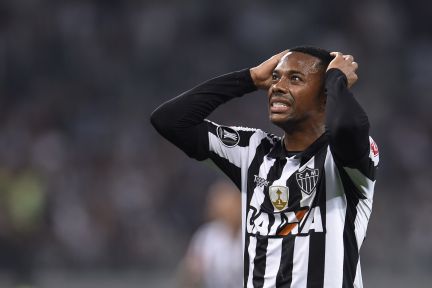 Look who's back in town. Robin van Persie scribbles his name onto a formal looking sheet of paper and gets to kick a ball into the goal more, this time for Feyenoord
With the deal looking to be almost finalised - despite Zidane's public reservations - Kepa Arrizabalaga has renewed with Athletic Bilbao. The young goalkeeper now has a release clause built in of 80 million euros.

After the announcement of his move to Bayern at the end of the season, current Schalke 04 player Leon Goretzka endured the wrath of his own supporters during this weekend's Bundesliga game against Hanover 96. 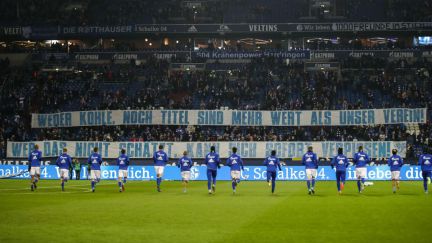 Join us for live transfer news: as the January window continues to chug along, we'll bring you all the rumours and deals happening in Europe's major leagues and beyond!