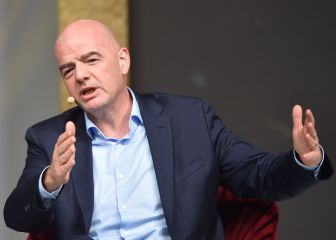 Before Barcelona aspire to compete in a fourth successive Copa del Rey final, they need to overcome Marcelino's Valencia CF with the second leg in Mestalla. In the only meeting between both sides in LaLiga this season, both sides played out an entertaining 1-1 draw.

In the other semi-final, the outsiders CD Leganes face five times winners Sevilla with the home leg in Butarque next week. The return leg will be held in the Ramon Sanchez Pizjuan with the kick-off times and dates for all ties to be confirmed later today.

Recap: The draw for the semi-final of the 2017/18 Copa del Rey: BARCELONA - VALENCIA  / LEGANES- SEVILLA 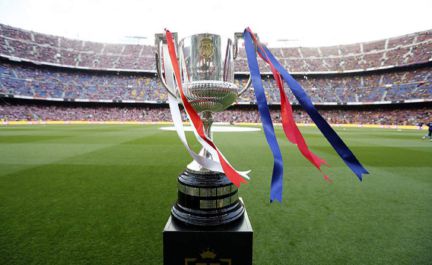 The first game will be played at Butarque (home of Leganes)

We've got movement from the audience .... first ball about to come out and it's that of ..... Barça

Mantovani from Leganes is next up .... Famous for his blue hair, the Argentine states they are really excited to have recahed this point and make history for Lega. 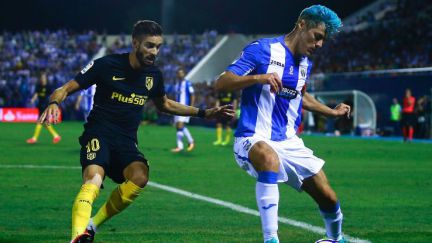 It looks like it's time to speak to a representative from each involved side .....this time it's Gayá from Valencia ... drums out the usual..."we're excited, full of illusion, no preference as to which team they draw ...."

Looks like we're all set .... 4 small plastic red balls in a big old Ikea glass fruit bowl..the ball containing the piece of paper bearing FC Barcelona the one to avoid ....False alarm...time to speak to Iniesta about the draw.... He claims he's excited and delighted to be in the semi-final and has no preference of a home or away tie first.

Usual pre-draw video being shown of all all four teams reached this point....

It should (should) ... be a short and sweet draw with just 4 balls to be drawn this afternoon....but am sure the Spanish FA will tease things out just a little ! 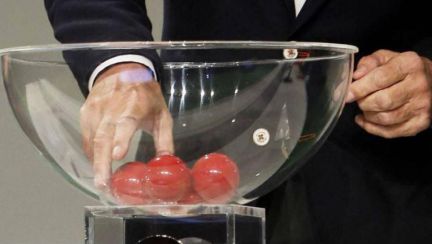 All set at the Spanish FA HQ... a sparse turn-out, understandably so with just representatives from four teams present today...

Avoid FC Barcelona seems to be the objective for fans of Leganes, Valencia and Sevilla in today's draw. 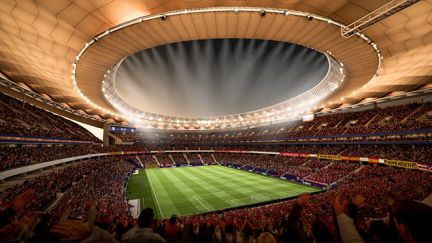 Leganes are the only semi-finalist never to have won the Copa del Rey, indeed reaching the semi-final is the furtherst the "Cucumber Harvesters" have ever advanced in the Spanish cup!

No mistaking who Barça fans want to draw in the semi-finals ..... 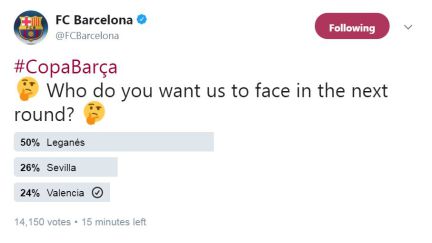 FC Barcelona's record in the past decade in the Copa del Rey is truly impressive. 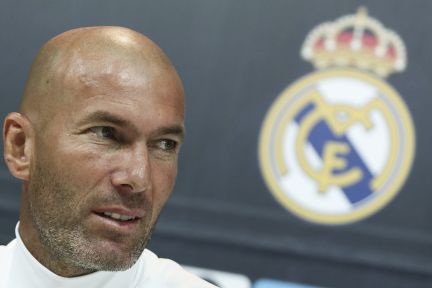 Hello and welcome to our build-up ahead of the final Copa del Rey draw of the 2017/18 competition. 4 teams left all hoping to be in the April 21 final. Discover the match-ups at 1300 CET.

Saturday, April 21st and at the Wanda Metropolitano. How odd it is to have all the information needed ahead of a Spanish Copa del Rey final. All we need now are to learn the finalists and to do that we need to learn the pairings for the first port of call which is the imminent semi-finals.

FC Barcelona, Sevilla, Valencia and surprise package CD Leganes are all in today's "bombo" with firm favourites Barça looking to complete a fourth consecutive win cup win after dispatching Athletic, Sevilla and Alaves in the past three finals.

Games will be staged next week (Tuesday or Wednesday) with the return legs the following week.