Pochettino: 'I would rather work on my farm in Argentina than manage Barcelona' 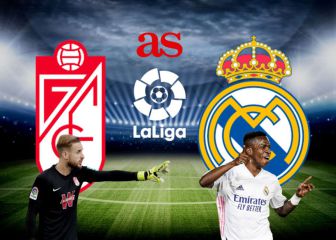 Pochettino: 'I would rather work on my farm in Argentina than manage Barcelona'

The Spurs manager, who has been linked with Real Madrid, says he would never manage Arsenal, Barcelona or Rosario Central and leaves the door open for an exit.

Real Madrid have struggled lately and Zinedine Zidane himself has admitted that his job is on the line. He says that if PSG defeat Real Madrid in the Champions League then he won't be long for the club.

LaLiga is out of reach, the Copa is gone and Real Madrid's season depends on that Champions League knockout game. In any case, it might be best for Florentino Perez to start considering alternatives on the sideline.

Mauricio Pochettino is one of the favourites to take over from Zidane. He said on Thursday that, "I work here as though I will be here all my life." He did add that "nobody knows what can happen," though as he leaves the door open for a possible approach from los Blancos.

Pochettino would prefer to retire than work for certain clubs

The former Espanyol manager even said he would prefer to quit coaching than to coach Barcelona or any of the other teams, "This is my decision. I would prefer to work on my farm in Argentina than to go and work in certain places."

Pochettino said he would not rule out working somewhere else and admitted there is plenty of speculation over his job. "There are many rumours. Tomorrow, Daniel Levy could have a bad night and decide, 'oh, I am going to fire Mauricio out', then I would look stupid saying that I will not work in one place of another."