The 'Submarine' could officially announce the transfer tomorrow. The midfielder was left out of the squad for Espanyol's meeting with Leganés.

Villarreal CF now have a replacement for captain Bruno Soriano - the club has reached an agreement to acquire the economic rights of Espanyol midfielder Javi Fuego. AS reported last week that Fuego was the player selected by Villarreal to cover for the absent skipper, who remains out for an unspecified time. Fuego's arrival will also give coach Javi Calleja a chance to give  a breather to Rodrigo Hernández, who hasn't had a chance to rest since the season started.

Deal reached with Espanyol on Friday

The 34-year-old Fuego is a player with vast experience, he knows LaLiga inside out and Villarreal's technical team are confident he will settle in to his new side in no time. After reaching an agreement with the player, a deal was struck with Espanyol on Friday. The transfer will go through for a fee of one million euros for which Fuego will spend the next 18 months in Vila-real.

Quique Sánchez Flores left Javi Fuego out of his squad for tomorrow's away trip to Leganés. The player did not take part in today's training session in Sant Adrià - the first quarter of hour of which was open to the public. Villarreal are expected to fomally announce the signing either today or at the lastest, tomorrow. Fuego's arrival will signal the close of Calleja's squad for the remainder of the season. 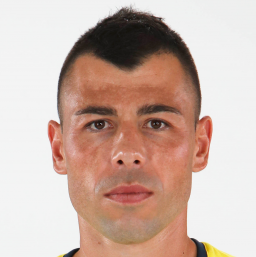 Messi: "Without Neymar we are more balanced"