Lozano leaves Barcelona B for Girona 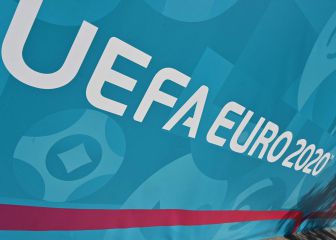 Lozano leaves Barcelona B for Girona

The Honduran striker leaves after playing 20 times for Barca B this season and joins Sergio Gomez and Wilfred Kaptoum in leaving the club.

Girona have landed the striker they needed in the winter market and the player in question does not have to far to travel to play with his new team. Anthony Lozano, better known as 'Choco' Lozano, arrives from Barcelona B on a four and a half year deal.

The Honduran 24-year-old is referred to as "a strapping centre-forward with an excellent header and first touch" in the official announcement by his new side. Lozano becomes the first Honduran to play for Girona. He arrived in Europe in 2011 after signing with Valencia. He joined their reserves and played for Alcoyano and Tenerife.

He has played for 20 times for Barcelona this season and scored four goals with four assists. He is a fully-fledged intertional since 2011 and has played 27 times for his country.

Lozano joines the exodus from Barca B, who have also seen Wilfred Kaptoum leave for Real Betis and Sergio Gomez, a highly-rated player, leaving for Borussia Dortmund.