Follow the latest transfer news and rumours as the January window is about to close: LaLiga, the Premier League, Serie A, Ligue 1 and elsewhere in Europe.

And that's it! The January window closes. See you in the summer!

Three minutes for that Ronaldo-Messi swap deal to materialise... 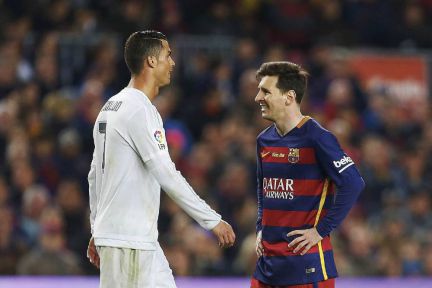 Stoke have pushed through a deal for Badou Ndiaye, the Senegal international joining from Galatasaray.
And Giampaolo Pazzini has just rocked up in Valencia to complete a move to Levante on loan from Hellas Verona.

Liverpool winger Lazar Markovic has joined Anderlecht on loan.
Boom! Done deal! Eibar have landed promising Serbia defender Vukasin Jovanovic from Girondins.
Meanwhile, Pep Guardiola has confirmed that Riyad Mahrez will not be joining Manchester City.
Remember Demba Ba, a stalwart of many a dream team when he was banging them in at Newcastle? Well, he's still going.

Well, it's gone extremely quiet. Is there a big twist in the deadline day tale? We suspect not. The window has closed in Italy so there'll be no action there.

Decent bit of business by Real Sociedad, who have nabbed Mexico international defender Héctor Moreno on loan from Roma until the end of the season.

Augusto Fernández has completed his move to CSL side Beijing Rehne. 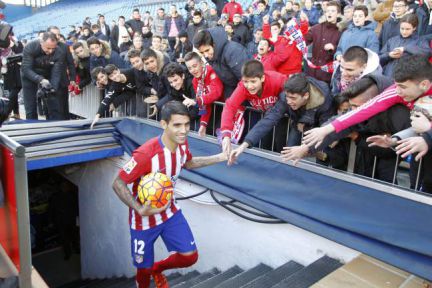 Carlos "The Rock" Sánchez has joined Espanyol on loan from Fiorentina until the end of the season. His first game could be the derby against Barcelona on Sunday. Nice.
Roma have signed Jonathan Silva on loan for the rest of the season from Sporting CP after the departure of Emerson Palmieri to Chelsea.
This is a very, very good move for Ademola Lookman, who probably left Charlton a little too early in his career and never really got a look-in at Everton.
We honestly had no idea that Mathieu Debuchy was still at Arsenal but he's off now, to Saint Etienne. We assume he was on the phone.
Rayo Vallecano have added Bebé to their ranks, the former Manchester United and Benfica forward signing on loan until the end of the season. He has been pretty decent at Eibar and that's a decent land for the Segunda outfit.

Pierre-Emerick Aubameyang has issued an apology to Dortmund fans over the manner of exit, pleading the mitigiating factor of being a bit loopy. 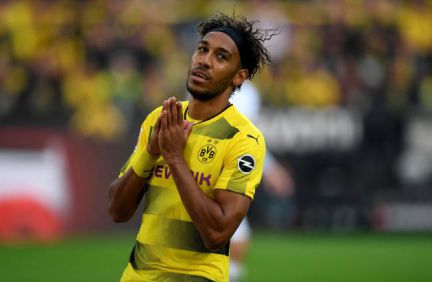 Spurs have completed the signing of spring-heeled Brazilian winger Lucas Moura from PSG for a fee of around £25 million.
Well played.

Newcastle have reportedly completed a deal for Leicester City striker Islam Slimani, who never really go going at the King Power after his £28 million move from Sporting Lisbon in 2016.

Remember Roobard and Custard? Well, it's all gone a bit quiet. Málaga have snapped up Belgian winger Maxime Lestienne from Rubin Kazan. He banged them in at Club Brugee back in the day but hasn't been prolific since. Still, he's quick, so that will be of use to the Anchovies, who aren't the paciest side around.
...and Chelsea get their Gunner
It's another done deal as part of the merry-go-round stops at its destination

Branislav Jasurek, the agent of Celta Vigo midfielder Stanislav Lobotka, has denied talk of an agreement with Inter Milan, insisting that the Slovakian international is "very happy in Vigo" and that "conversations will begin soon about a contract renewal" at the LaLiga club. 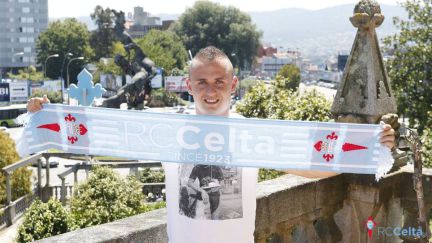 Sandro has completed his move to Sevilla hoping to find the Málaga / Spain U21 form that interested the Toffees in the first place
Segunda División club Nástic have confirmed the loan signing of Spanish centre-back Julio Pleguezuelo, 21, from Arsenal:
Barcelona are believed to be plotting a summer swoop for Bayern Munich's David Alaba, with technical secretary Robert Fernández asking the LaLiga leaders' president, Josep Maria Bartomeu, to find the funds to move for the versatile Austrian international at the end of the season.
The creative department at Konyaspor have been busy this morning as Samuel Eto'o joins the Turkish club.

With the imminent move of Lucas Moura to Tottenham, PSG's record signing Neymar Jr has said he's not particularly chuffed by his club's decision
Here's the full story on the news that Pierre-Emerick Aubameyang has completed his move to Arsenal:
That "club-record fee" for Aubameyang appears to be just under 64 million:
Arsenal have now also confirmed the deal for Aubameyang, revealing that the striker has joined the Gunners "on a long-term contract for a club-record fee".
Borussia Dortmund have confirmed that striker Pierre-Emerick Aubameyang is indeed on his way to Arsenal. The Bundesliga club are expected to take Chelsea's Michy Batshuayi on loan to replace the Gabon international, while Arsenal's Olivier Giroud is set to complete the triangle by swapping the Emirates Stadium for Stamford Bridge.
Pix from Jose Antonio Reyes' first day as a new Cordoba player
Fresh from snapping up winger José Antonio Reyes, Segunda División side Córdoba have announced that defender Aythami Artiles has joined on a two-and-a-half-year deal and is to be unveiled this lunchtime. The Canary Islander moves to the Estadio Nuevo Arcángel from Las Palmas, where he spent eight seasons in the first team, spread over two spells at the club.
Here's a video of reported Real Madrid target Leandro Paredes in action:
Real Madrid are apparently eyeing a summer move for Argentina midfielder Leandro Paredes, and are keen to use Mateo Kovacic as a makeweight in the deal:
Levante UD snap up the Albanian striker Sadiku...
New Betis signing Marc Bartra gives his first interviews as a Betico

Hello and welcome to the final day of the 2018 transfer window ... stay with us as the January window is poised to close, we'll bring you all the rumours and deals happening in Europe's major leagues and beyond!