45' Change Out Brasanac in Eraso

75' Change Out Amrabat in Omar Ramos

75' Change Out Luis Muriel in Nolito

Dimitris Siovas cancelled out Luis Muriel's opener at Butarque leaving the tie finely poised ahead of the second leg at the Sánchez Pizjuán.

A glaring error from Sergio Rico allowed Leganés to emerge from the first leg of the Copa del Rey semi-final all square with Sevilla.

Luis Muriel opened the scoring for the away side, racing on to Franco Vázquez's pass before guiding the ball in off the post. Los Pepineros drew level after 56 minutes when Rico failed to deal with an aerial ball, allowing the unsuspecting Dimitris Siovas to fumble the ball home.

The second leg will be played at the Sánchez Pizjuán on Wednesday 7 Feburary.

Leganés 1-1 Sevilla: as it happened

Leganés will travel to the return leg at the Sánchez Pizjuán with the tie level at 1-1. Luis Muriel opened the scoring for Sevilla in the first half with a well-placed shot, but Dimitris Siovas equalised after the break with a scrappy effort, capitalising on a mistake by 'keeper Sergio Rico.

90'+2'   Ever Banega chips a free-kick on to N'Zonzi's head. The towering Frenchman glances it wide, and that will probably be the last chance of the match.

90'   Nothing much happening here. Both sides look content to take a 1-1 draw to the Sánchez Pizjuán.

88' Omar Ramos is the next player in to the book as the match becomes thoroughly attritional in the closing stages. He lost the ball to Nolito, didn't like it, and hacked him down.

87' Sarabia is now booked for planting his foot in Diego Rico's midriff. Two fouls in quick succession and he's on the naughty step.

86'   Sarabia combines well with Navas on the right, but the former Manchester City man loses the ball, and Sarabia responds by cleaning out Raúl García.

84'   Leganés are really sitting deep now. Without Amrabat or El Zhar, Beauvue has a thankless task up front on his own for the home side.

83' A final change for Leganés: El Zhar comes off, Diego Rico comes on. A full-back for a winger as Garitano looks to tighten up.

81'   Leganés have another chance to float the ball in to the box - after Sarabia is penalised for a handball. Raúl García comes across from left-back to deliver. Sergio Rico manages to punch clear this time, and Leganés send the follow-up wide.

78'   Leganés are ramping up the pressure. Gabriel's free-kick is headed out for a throw-in, and Ramos eventually lets Sevilla off the hook with an overhit cross.

75' Ambrabat ambles off for Leganés to a hearty round of applause. Omar Ramos takes his place.

74' Clement Lenglet goes in to the net for planting an elbow on the back of Beauvue's bonce.

73'   Correa is at the heart of things for Sevilla again. He's posing problems for Lega with his drifts in from the left. The No.11 slides the ball through the eye of a needle and Champagne slides out before Muriel can meet the ball.

70'   Correa cuts inside and aims for the far corner. His shot is deflected to the feet of Vázquez, who can't get it under control on the penalty spot.

67'   The game has descended in to scrappiness since the equaliser. El Zhar tries to run the ball around the outside of Escudero and instead runs it straight out of play.

65' Franco Vázquez shoves Tito, protest the referee's decision to award a foul a little too vociferously, and he receives a yellow card.

62'   Sarabia has the ball on the right, with three players to aim for in the centre. He looks for Muriel, Siovas gets a foot on it, and Sevilla win a corner. Champagne deals with the cross significantly better than his opposite number.

61'   Tucu Correa feigns on to his right foot, shoots, and drags it wide.

59'   Sevilla react like they've just been on the wrong end of a cattle prod. They surge forward and Luis Muriel comes close to bursting past Bustinza.

56' GOL GOL GOLLLLL! Leganés level through Siovas! It's a fortunate goal but Butarque doesn't care. Bustinza heads the ball in the air, Sergio Rico dithers underneath it, fails to clear, and it bounces in off Siovas's shoulder.

53'   Lenglet gets right underneat Banega's out-swinging corner. In to the crowd it goes.

51'   Amrabat continues to be a nuisance on the left, this time forcing Navas in to conceding a corner. Mercado's thin contact is not enough to guide the ball in to the net.

49'   The ball rolls out invitingly for Banega on the edge of the box. But he winces in frustration as the ball flies wide.

47' Escudero graces the referee's book. His crime was a shove on El Zhar.

46' Asier Garitano made a half-time change: Darko Brasanac - who was on a yellow and should probably have received a red - is replaced by Javi Eraso.

46' The second half gets underway at Butarque!

Sevilla lead through Luis Muriel's clinical finish, and Vincenzo Montella's side are good value for their advantage.

45'   Neat skill from El Zhar to knock the ball through Correa's legs and dash in to the box. When it comes to delivering the cross, El Zhar is less subtle and Sevilla clear.

41'   Correaaaa! Very, very close. The No.11 cuts inside and shoots on his right foot. A slight deflection has Champagne scrambling, but it bounces just wide of the post. The Leganés 'keeper is called in to action from the resultant corner, though. First he denies Lenglet's shot-on-the-turn with a strong right hand, before getting up and blocking Mercado's follow-up.

39'   Banega's shoots from 35 yards. It's extremely speculative, and flies straight in to the crowd.

38'   Sevilla take a corner short and try to work the ball back in to the box. Banega succeeds, but also sends the ball straight out the other side of the box for a goal kick.

35'   Brasanac commits a clear hand-ball, which the referee penalises with a free-kick. But he doesn't show the Leganés midfielder a second yellow card. The Sevilla players surround the referee, and they've good reason to be disgruntled.

23'   Sevilla's front-four combine gloriously. Sarabia to Correa, who back-heels it to Vázquez... the No.22 can't get it under control and the ball bobbles through ti Champagne. Leganés galavant straight up the other end, where Beauvue whips a shot just over the bar.

31'   Amrabat backs in to Escudero and forces him in to glancing the ball behind for a corner. N'Zonzi watches the ball drop out of the air and heads it clear from inside the six-yard box.

28'   El Zhar bursts down the right, runs in to the back of Clement Lenglet, and is wide-eyed with disbelief when the referee decides against putting the whistle to his lips.

26'   Lega foray forward on the left with Raúl García. He tempts Sarabia in to a sliding tackle, skips past him, but then slices a cross on to the roof of Sergio Rico's net.

23' Darko Brasanac is booked for a hefty challenge on Franco Vázquez, who gets up gingerly after a minute on the turf.

21' GOOOOOOL! Luis Muriel! Sarabia plays the ball to Muriel, who is peeling towards the far post. He shots low to Champagne's right, and the ball settles in the bottom corner via the inside of the post. Pinpoint finish.

18'   El Zhar, over the bar! That sounds like a bingo call. It's also a desciption of what just happened at Butarque.

16'   Luis Muriel comes very, very close to opening the scoring. Jesús Navas overlaps on the right flank and cuts a low ball across goal. It bobbles off a couple of players and falls for the Colombian at the far post. He looks set to poke it in to the net, until Bustinza slides across with a vital block.

12'   Éver Banega ghosts past Gabriel with a cushioned first touch, and is then hauled back by the Leganés No.8. The Argentine playmaker is in excellent form alongside N'Zonzi, which not only bodes well for Sevilla, but also for their ex-coach Jorge Sampaoli, with the World Cup coming up.

10'   El Zhar slips the ball through to Amrabat, who slides a low cross towards Beauvue. Mercado cuts it out at the near post, but that interplay between Lega's pacey front-three has roused the crowd.

7'   Beauvue watches Raúl García's long ball drop over his left shoulder as he bears down on the penalty box. With Mercado rushing across to cover, the Guadeloupe international shoots first time, on the bounce, straight in to Rico's arms. It would have taken a smashing strike to score from there.

5'   As expected, Sevilla have dominated possession in the first five minutes. Leganés are sitting back, compact, and look happy with the complexion of the game.

3'   Sarabia glides down the right, rolls the ball under his foot several times, and wins a corner. It causes a frenzy in the Leganés box and Champagne is forced to swipe the ball clear before Mercado arrives at the far post.

2'   Amrabat is hobbling and grimacing after a thumping challenge from Escudero. 'Welcome to the game, Nordin'.

1' KICK OFF! Leganés get the semi-final underway.

The atmosphere is raucous at Butarque as the teams line up. Scarves are being waved overhead with enthusiasm to spare.

If you want to keep an eye on deadline day while this match is going on, you can keep abrest of all the developments here.

The camera is panning around Butarque and everyone it settles on is tucking in to a big bocadillo. Spanish matchday rituals...

Roque Mesa and Miguel Layún are both on the bench for Sevilla this evening. Layún joins from Porto. Mesa joins from Swansea, even if he looks like he has come straight from prohibition-era New York.

A small pocket of supporters have made the journey north from Sevilla - and they're in fine voice.

Leganés are one of the Spanish clubs to have a Saudi Arabian player dropped in to their squad, as a result of the agreemement between LaLiga and the Saudi authorities. Yahia Al-Shehri arrived in Spain on Monday and will watch tonight's match from the stands.

Sevilla trot out for the warm-up at Butarque.
Sandro joined Sevilla on loan from Everton this afternoon. Here's what he had to say:
Sevilla are no strangers to this stage of the competition. When you take the UEFA Cup/Europa League in to account as well, they've been a remarkably good cup team over the last 15 years.

"Mum, Dad, what are you doing?" Leganés were widely praised for their campaign to discourage parents from being too pushy on the touchline - a letter written from the perspective of a young footballer. 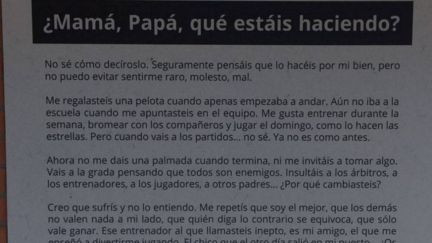 Butarque is looking absolutely resplendant this evening. Sunsets and football stadiums. Is there a better combination?

Hello and welcome, esteemed readers, to our live coverage of Leganés vs Sevilla in the first leg of the Copa del Rey semi-final. If you're not lucky enough to be one of the 11,000 or so crammed in to Butarque, here's a guide on how and where to watch the match.