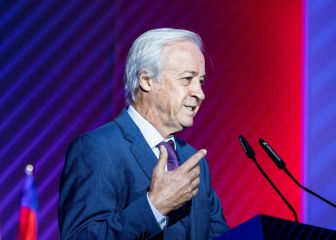 Manchester United manager José Mourinho has said the Red Devils "cannot" re-sign Cristiano Ronaldo from Real Madrid, despite the striker recently being linked with an Old Trafford return. "We cannot buy [Leo] Messi, we cannot buy Cristiano," he said. "These are the best players of the last decade. Where can we get better players [than we already have in attack]? We have an amazing group of players."

Ex-Real Madrid head coach Carlo Ancelotti has warned that Real Madrid remain as great a threat in the Champions League as ever, despite - or perhaps because of - their domestic struggles this term. "It's the only trophy they can win now, so I'd watch out for them," he said of Los Blancos, who are 19 points behind leaders Barcelona in LaLiga and were knocked out of the Copa del Rey by Leganés last week.

Paris Saint-Germain winger Julian Draxler has looked ahead to the Ligue 1 giants' clash with Real Madrid in the Champions League last 16, admitting: "We have drawn the most difficult opponent - the defending champions. I think it will be small details that decide the tie." Real host PSG in the first leg on 14 February, before travelling to Paris for the return on 6 March.

Former Real Madrid boss Manuel Pellegrini has leapt to Zinedine Zidane's defence in the wake of Los Merengues' shock Copa exit. Pellegrini, who was in charge of Real when they were famously dumped out of the competition by third-tier Alcorcón in 2009, told Spanish radio station Cadena SER: "The trophies he has won speak volumes about the great coach he is; he can't [only] be judged on the cup elimination by Leganés."

Varane has yellow at Valencia chalked off

The Spanish Football Federation's Competition Committee has chalked off the yellow card shown to Real Madrid's Raphael Varane in Saturday's LaLiga win at Valencia. The defender was booked at Mestalla for handball, but has now seen the caution overturned after the disciplinary panel ruled that referee Javier Estrada Fernández made a "clear mistake".

Nobody since Silva: A look back over Real's January dealings