Free agent Muntari to go on trial with Seedorf's Deportivo 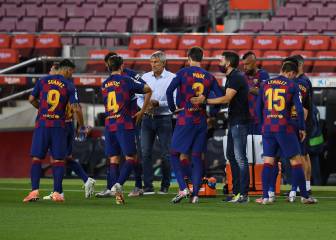 Free agent Muntari to go on trial with Seedorf's Deportivo

The Dutch coach worked with the Ghanian midfielder during their time together at AC Milan. The 33-year-old who was without a club, will occupy Bruno Gama's place.

Deportivo left a vacant slot in the squad when Bruno Gama's contract was rescinded last month so that the club could sign a midfielder who was out of contract. The Galicians have settled on Sulley Muntari who is due to arrive in A Coruña tonight and will begin training under new coach Clarence Seedorf tomorrow on a trial basis. Deportivo will assess Muntari over the next few days and decide whether to go ahead with his signing.

The 33-year-old Ghanian started out with Accra-based Liberty Professionals but most of his career was spent in Serie A. He defended Udinese's shirt for six years and spent three seasons at both of the Milan clubs before signing a six-month loan deal with Pescara a year ago. He also enjoyed two years playing in England with Portsmouth and Sunderland and a year in Saudi Arabia with Ittihad FC.