The Brazilian forward misses the game against his old club. He has suffered a stress fracture to the third metatarsal in his left foot and faces 6-8 weeks out.

Eusebio Sacristán has lost his best player on the eve of Real Sociedad's annual visit to the Santiago Bernabéu. Willian José was dropped just hours before the team were due to set off for the capital after sustaining a stress fracture to the third metatarsal bone in his left foot which means he will miss tomorrow's game against his former employers Real Madrid. The Brazilian forward has played a vital role in La Real's campaign, scoring 16 goals in all competitions - and finding the net in all of his last four outings. Willian José took a knock in Thursday's session and decided to consult medical staff when the pain hadn't subsided on arrival in Zubieta this morning. An MRI scan revealed a hairline fracture which will likely keep him sidelined for the next six to eight weeks. Apart from the Madrid game, the forward will also miss the upcoming Europa League tie against Salzburg, as well as the league games against Levante, Valencia, Betis, Alavés and Espanyol.

Agirretxe set to start at the Bernabéu

In his absence, Imanol Agirretxe could start on Saturday - ironically, at the same stadium where he suffered a troublesome injury two years ago. In total, 20 players have made the trip down to Madrid, including recent arrival Héctor Moreno as well as Rubén Pardo, Jon Bautista and David Zurutuza. 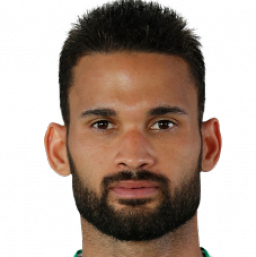 La Real will exchange Iñigo Martínez shirts for new ones