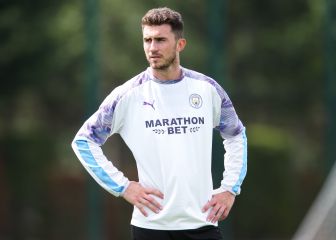 The centre-back makes his return to the Santiago Bernabéu for the first time on the opposing side as Real Sociedad are Real Madrid's guests tonight.

Diego Llorente makes his return to the Santiago Bernabéu for the first time on the opposing team as Real Sociedad are entertained in the capital by Real Madrid later tonight. Diario AS caught up with the former madridista before the game to discuss the game and his feelings about meeting his old employers and warns that however poor Real Madrid's recent results have been, there is no such thing as an ideal time to take them on.

Diego Llorente on returning to the Bernabéu

Saturday's game will have a special significance for you...

Sure. It's the club where I grew into a footballer and it's always special to play at the Bernabéu - and particularly for me this time on the visiting side which is something I've never done before.

How do you think you'll feel stepping out onto the pitch?

A lot of things will be going through my mind, because I'll be reminded of many personal moments and that will make it quite special, but I'll be focusing only on getting all three points for my team. For my past, I'm sure it will be a special feeling.

Will it be strange to be playing against your old team at the Bernabéu  wearing another team's shirt?

No, I don't think so. It was a bit strange for me when I left Madrid for the first time to join Rayo on loan three years ago; that felt strange after spending practically all of my life at one club but I've grown used to it now,and as soon as the game kicks off I will be trying to do as best as I can for my team. It's an impressive stadium, whether you are on the visiting side or playing for Real Madrid.

Will it be even more imposing now that Madrid are in the midst of a crisis?

For them, any result other than a win at home has negative repercussions - far more than at any other club. But Madrid are a side who always lift themselves back up quicker than anyone else - I have seen them do it so many times.

So there's never really a good moment to face Madrid?

Not as a team visiting the Bernabéu, no - never. Whatever might have happened in the past counts for nothing against Madrid. They will want to build themselves up and gain good sensations ahead of the Champions League meeting with PSG.

Are you surprised to see Real Madrid so far behind in the title race?

They haven't been doing so well in La Liga but one thing you can always say about Real Madrid for their history, is that you can never underestimate them - never. There are still a lot of games left to play and even though they are way behind Barca, you should never give them up for dead.

What's the secret to beating Madrid?

(Smiles). There is no secret. We have just resolved what was a complicated situation for us and now that we are back on track, and working as a team, we can beat Madrid. The only way you can beat Madrid is by playing as a team, and that means all pulling together in defence and in attack although we also have players with their own individual qualities. 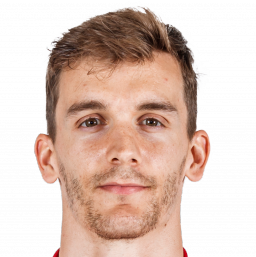 Odriozola to come under the spotlight at the Bernabéu