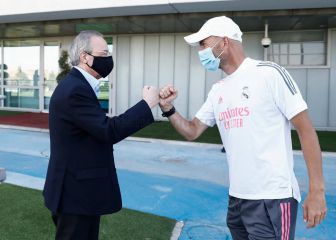 The Portuguese is the actual top scorer of the competition with 9 goals but he has the worst accuracy between both players in the 2017/2018 Champions League.

Real Madrid and Paris Saint-Germain are going to face each other in Wednesday Champions League game in what can be considered an anticipated final between two of the best teams in Europe. A match where two of the best goalscorers, Cristiano Ronaldo and Edinson Cavani, will play their parts to help their sides to the next round.

Ronaldo is the actual top scorer of the competition with 9 goals, followed by PSG's Cavani and Neymar follows them with 6. However, according to stats from UEFA.com, the Portuguese star has the worst accuracy between both players in the 2017/2018 Champions League.

Cristiano Ronaldo has shot 39 times (21 on target and 18 off target) to score nine, which means that the Portuguese needs 4.3 shots to score a goal. On the other hand, Cavani only needs 3.5 to hit the back of the net, as he has scored six of his 21 shots (9 on target and 18 off).

Zidane: "I am responsible for this"