Ilkay Gundogan dazzled with two goals in Manchester City's 4-0 romp at FC Basel on Tuesday to leave the Premier League leaders on the verge of the Champions League quarter-finals.

Pep's City stroll in the park

Pep Guardiola's side effectively settled the last-16 tie after just 23 minutes by racing into a 3-0 lead at Basel's Sankt Jakob Park.

Their first three goals came in a devastating nine-minute spell thanks to a Gundogan header, a Bernardo Silva volley and a long-range Sergio Aguero strike.

Basel's misery continued just after the break when Gundogan deftly added a fourth from outside the area and he could easily have finished with a hat-trick.

"To win 4-0 away in the last 16 is an amazing result, we are almost in the quarter-finals, but I am not saying we are already there, out of respect for Basel," said Guardiola. "We defended well and we were clinical - we had four chances and took them all."

The scoreline gives the Swiss side little hope for the return leg at the Etihad on March 7.

As expected, Basel were starved of the ball as City enjoyed 69 percent possession and completed 754 of their 882 passes.

"In these kinds of situations, it is about more than going through -- if we have a draw at home that won't give us a good feeling."

The only black mark against him was a late yellow card after a clash with Basel's Ivory Coast veteran midfielder Serey Die.

Basel head coach Raphael Wicky opted to play a back five when the host were defending, but the ploy only failed to keep City out for the first 14 minutes.

Having already had an earlier effort tipped over the bar, Gundogan got in front of Fabian Frei to power home his header when Kevin De Bruyne whipped in City's fourth corner of the game.

With Basel's defence buckling, Aguero, who terrorised Leicester City in the Premier League last Saturday with four goals in a 5-1 rout, hit his 29th goal of the season.

Basel defender Leo Lacroix stopped Fernandinho, but the ball fell into Aguero's path who hit the bottom corner from outside the area on 23 minutes.

It was 3-0 at the break, but City could have ended the first half with two more goals as Sterling forced Vaclik into a desperate scramble and De Bruyne volleyed wide.

Second half relaxed control for City

Basel made a bright start to the second half, but Gundogan left the Swiss with a mountain to climb when he hit the top right-hand corner on 53 minutes.

Sterling made way for Leroy Sane four minutes later on the left side of City's attack.

The German winger is back just two weeks after an ankle injury, well ahead of the predicted six the club had forecasted which Guardiola admitted has surprised him.

With half an hour to go and the tie effectively won, Guardiola took off De Bruyne, saving the Belgian for Saturday's league game at Wigan Athletic and the League Cup final against Arsenal on February 25.

With 15 minutes left, Gundogan was only denied the first hat-trick of his career by Vaclik's determination.

Sane sprinted down the left wing and although he was tackled, Aguero scooped up the loose ball and set up the German, but Gundogan's low shot was gathered at the second attempt.

At 4-0 down and the clock ticking, Basel finally started to test City. 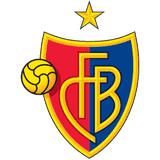 Manchester City's €878m squad the most expensive in history 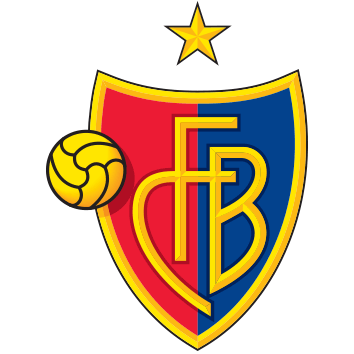