Five areas of PSG weakness for Real Madrid to target

Five areas of PSG weakness for Real Madrid to target

A confident Unai Emery brings his Parisien giants to the home of Zinedine Zidane's Champions League winners, but there may be some specific tactics employed against them.

París Saint-Germain arrive at the Santiago Bernabéu with the intention of taking the first step to eliminating the holders of the last two Champions League titles.

Many commentators on the game have made the French side favourites to reach the quarter finals, with much praise and focus on their potent frontline, however others point to some areas where they could be found wanting. We assess five of these so-called 'weak areas' that Real Madrid could look to take advantage of.

1. The last line of defence

Alphonse Areola, the first choice goalkeeper of PSG, is one of the weakest points of the current Unai Emery side. The top dogs in France are, unsurprisingly, the team with the fewest goals against them - only 17 across the 25 games so far. Areola, however, is not necessarily a key factor in that record. His save rate of 71.9% puts him only tenth in the list of goalkeepers in Ligue 1 and this is even below the rate of his opposite number tonight, the much-criticised Keylor Navas. This season the Costa Rican has a rate of 73% in LaLiga. 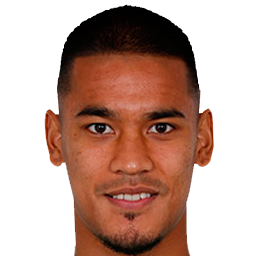 Looking solely at the Champions League games so far, the six group games against Bayern, Celtic and Anderlecht, Areola has a save rate of 82.6%, eighth best of those in the competition. Is that good enough to stop the home attack in the Spanish capital?

Alain Roche, the former player and then sporting director at PSG, spoke earlier in the week and questioned the challenge ahead for one of the side's most experienced players:

“Right now Dani Alves is having problems when one-on-one against skilfull and quick players, and the problem is that his next opponent is Cristiano Ronaldo."

The right-back has not been showing his excellent best of late, despite being a firm favourite of Emery. At 34, he is less agile than before and out of the team's defenders is failing on the numbers. He has the most misplaced passes (160), as well as losing most duels (17) and being disposessed of the ball 256 times, almost more than the rest of his backline.

On the other side, there are also doubts over Kurzawa who may not be 100%, assuming he starts, after failing to make the last outing against Toulouse. His quality has been seen this season but with only four appearances in the 11 games of 2018, Emery will be taking a risk if he plays the Frenchman in a game of this importance.

As we have already seen, París Saint-Germain have only conceded 17 goals this season, however, looking at those instances more closely there may be another area for Madrid to target. Ten of those goals have come from set pieces - split equally between corners and free-kicks - and so Cristiano, Bale, Sergio, Kroos and Isco will surely have been putting in extra practice in the days leading up to the fixture.

Unai Emery will miss the influential presence of Thiago Motta in the middle of the park. The Brazilian has struggled with injuries and has only played in two games this calendar year. This opens the door to new arrival Lass Diarra, a veteren of the game and one who has performed a little erratically in his limited time on the pitch with the French side. The other choice could be Lo Celso. This 21-year-old Argentine made his Champions League debut in the group stage and, despite his promise, throwing him into a potential Bernabéu cauldron in such a pivotal role could prove to be a step too far in his development. 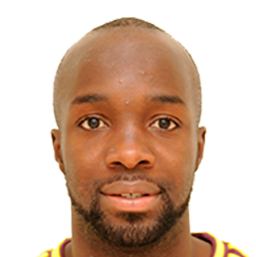 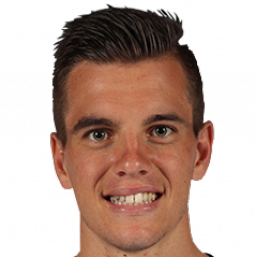 Both Real Madrid and PSG have demonstrated this season a similar tendancy: a drop in performance in the second half of games. Emery's side have conceded 65% of their goals in the latter 45 minutes with the final quarter of an hour proving most damaging. This can often be put down to building up an early lead in Ligue 1 and taking their foot of the gas in the second period, however, if that rhythm is not dealt with it could be something Zidane will look to press. Bench options from both teams could play a huge part in the final half hour of the game, especially if, as expected, the pace of the encounter is frenetic.