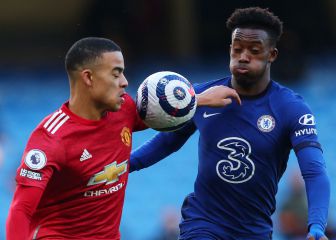 Hudson-Odoi off at the break through injury

The attacking midfielder, who is the side's third-highest scorer this season, could play his last game for the club against Sevilla ahead of a move to Beijing Guoan.

Las Palmas’ problems are set to deepen in the next few days as the lure of the Chinese Super League looks likely to deprive the Liga strugglers of Jonathan Viera, one of the side’s better performers this season and the club’s third-highest scorer.

Beijing Guoan have tabled an offer of 23 million euros for the attacking midfielder, who is also Las Palmas’ second most-used player in 2017-18. A few days ago Viera said in a press conference that he had a dilemma on his hands with his hometown club staring relegation in the face but an economic incentive to move to the CSL “that could set my family up for the rest of their lives.”

Viera stands to earn eight million euros a season in Beijing and has been offered a three-year contract. AS understands that Viera has already informed several of his teammates that the game against Sevilla this weekend will be his last for Las Palmas, while the club president, Miguel Ángel Ramírez, has made it abundantly clear that the player will not be leaving for anything short of his full buy-out clause.