"What coach wouldn't want to work with Mbappé?"

Social media lit up to again mock the video assistant referee system being trialled in the English FA Cup. Man Utd were at Huddersfield and it seemed even straight lines were confusing.

The controversial introduction of video assistant refereeing (VAR) suffered another setback as confusion reigned in Manchester United's debut using the system in Saturday's fifth round FA Cup tie at Huddersfield. 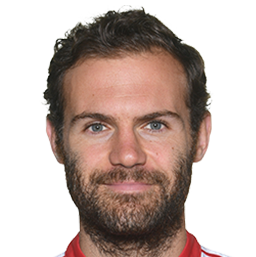 It's not VAR, it's those using it that's the problem

However, after a lengthy delay, referee Kevin Friend disallowed the goal for offside on the recommendation of the video official, located in a studio in London nearly 200 miles away.

Yet the lines used to determine whether Mata had been standing in an offside position showed up on television footage as far from straight.

United boss Jose Mourinho had said ahead of the game that he was in favour of the introduction of technology.

"They want to perform the best they can, they don't like to make mistakes. And sometimes they make mistakes because it's a human mistake and you cannot go over it unless you have some technological support.

"So if the referees are happy with that technological support, then yes, let's go for the VAR. I think, from my perspective, I like the feeling."