Messi working out "more than ever" in the gym, says Rakitic 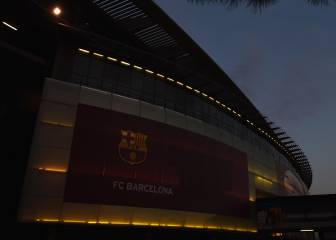 Messi working out "more than ever" in the gym, says Rakitic

The Barcelona midfielder admitted that he is worried that Andrés Iniesta could leave as he looked ahead to tomorrow's Champions League's tie at Chelsea.

Ivan Rakitic joined Ernesto Valverde to look ahead to tomorrow's Champions League meeting with Chelsea. Before that, the Croatian midfielder spoke to Barça TV, in which he opened up about the moment the team is in, the keys to beating Antonio Conte's team and Leo Messi, who he says is fired up and in the form of his life.

How is the team mentally and physically? “At last this moment has finally arrived. We know that winning the league is the most important thing, and we've also got the Copa, but the motivation in the Champions League is different,  it's special. We want to continue making history and playing well. We have a great opportunity to show the whole world what we can do”.

The keys to beating Chelsea: “We are going to closely analyze Chelsea and knowing their coach, who works his teams really well and doesn't miss the smallest detail... If we really want to win the competition, then we have to beat the best teams. But before everything else we have to be sure about we are going to do, be fully prepared for the game and go for the win”.

Not going to speculate on the result: “We know the tie is played over two games but we will going out to win tomorrow. We will see how the game develops but we have to try and score at least one goal, play our game and control the ball - that's what we'll be aiming to achieve”.

Great atmosphere at the Bridge

Have you played at Stamford Bridge before? “Yes, with Schalke. It's a special atmosphere, out of all of the stadiums in London, playing there is different. The fans home really bear down on you. That's what gives you extra strength, and motivates you. We want to put in the best performance possible and give culés some happiness”.

Chelsea's midfield: “We know their players, they have a very strong midfield, and it's not going to be an easy game for us at all. They are a very organized side, they have all the details well worked out. With their strength and organization, they are going to give us a complicated game. We have to be ready to enter into this battle”.

Messi firing on all cylinders

How has Messi been looking to you in the run-up to this game? “Messi looks very focused, he's been working very hard. I don't think I've ever seen him working out so much in the gym - you can really see the results. He's been training flat out to be in top shape for some time and we need him”.

Changes to the system: “We're playing a little bit differently now. Now we play with forwards when before we had Neymar. What counts is being able to understand what the coach asks of us and playing as a team. All I want is to start and help the team however I can”.

Eden Hazard: “He's probably Chelsea's best player, so we'll need to be fully prepared to try and stop him. He's very quick and will cause us problems in one-on-one moves”.

Iniesta: “I'm worried that Iniesta might leave Barça. I don't even want to think too much about that possibility and nor do the fans. He's very important to me and he's a great friend. I just hope stays with us for many more years. He has to follow what his heart tells him to do”.