El Confidencial has published a list of 51 games being investigated in Spain's lower divisions, including a 12-0 Barcelona B win.

Real Madrid Castilla and Barça B (the two clubs' reserve sides) are included on a list of 51 games in the Spanish Segunda B, Tercera Division and Copa Federación being investigated for match fixing in relation to Asian betting houses, according to Spanish digital newspaper El Confidencial.

51 games over three seasons under the spotlight

The games in question took place over three seasons, 10 in 15/16, 26 in 16/17 and 15 this season (17/18). The game involving Barcelona B is the 12-0 thrashing they handed out to Eldense, which at the time raised immediate suspicion. An investigation was launched which revealed an international betting network related to Nobile Capuani, a boss at Eldense. Cheik Saad, then an Eldense player, revealed that four of his teammates had been involved and said Barcelona B had nothing to do with the result.

Meanwhile Real Madrid Castilla's visit to Cerceda this season, which finished 2-0 to the visitors, is also being investigated by the police.

According to El COnfidencial the games were fixed with the collaboration of various players, with two former players in touch with the players to control the outcome of matches in line with the match fixers' desires. Among these are believed to be five players who have been arrested, who plied their trade at Xerez, Jumilla, Águilas and Atlético Pulpileño. One of the supposed leaders is Jonan García, a former Athletic Club player, who according to sources consulted by this newspaper had looked at buying off match officials.

The 51 games under suspicion as published in El Confidencial

The operation against match fixing in Spain's lower divisions has seen around 200 police officers involved, under the control of Court Number 1 in Zafra, with the help of LaLiga and Federbet, a non profit organisation that seeks to stamp out match fixing. 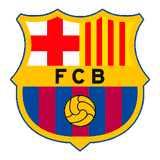