Hernán Pérez taken to hospital despite playing 90' against Real

Hernán Pérez taken to hospital despite playing 90' against Real

The Paraguayan was close to being stretchered off after a collision with Theo Hernández in the 10th minute in the Bernabéu. Laguardia: "We're pretty stubborn."

Alavés midfielder Hernán Pérez was admitted to hospital on Saturday after the match against Real Madrid in the Bernabéu despite playing the full 90 minutes.

The Paraguay international was on a stretcher as early as the 10th minute after a collision with Theo Hernández that left him dazed, the Real defender’s knee involuntarily hitting Pérez’s head in a 50-50 challenge.

However, Pérez pulled himself up just as he was about to carried off and continued for the rest of the game, putting in a stellar performance on the Alavés right and almost beating Keylor Navas with a low shot on the break in the first half.

It was decided to keep Pérez in overnight for observation as is protocol when a player has suffered a knock to the head.

Speaking after the game about his teammate’s determination, Víctor Laguardia noted: “We’re pretty stubborn and we never want to leave the pitch. We take risks and then later when you look back with a cool head you realize what happened.” 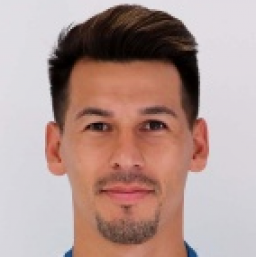