The goalkeeper was linked to Getafe throughout the January transfer window, and will move north to cover for the injured Gerónimo Rulli.

The exit door has not yet shut at Atlético Madrid. Back-up goalkeeper Miguel Ángel Moyà has joined Real Sociedad on a deal until 2020, the Basque club announced in an official statement.

Moyà to follow Carrasco and Gaitán out of the door

Moyà's departure comes after Yannick Carrasco and Nico Gaitán left for Dalian Yifang in the Chinese Super League, leaving Diego Simeone decidedly light on numbers for the remainder of the season with just 17 outfield players.

Real Sociedad had been on the market for a 'keeper since Gerónimo Rulli picked up an injury. He will be out for over a month, and his back-up Toño Ramírez does not inspire the confidence of his coach.

Moyà was close to joining Getafe in January. That move, however, was contingent on Geta 'keeper Vicente Guaita securing a move to the Premier League. That did not happen, and Moyà remained at Atlético in the shade of Jab Oblak, the first choice in both LaLiga and the Europa League.

The 33-year-old is able to join La Real outside of the transfer window because Iñigo Martínez left in January after arch-rivals Athletic Club activated his buy-out clause. As a result of the unforeseen nature of this departure from La Real's perspective, LaLiga granted them a one month extension in which they can sign players from other LaLiga clubs, or free agents. 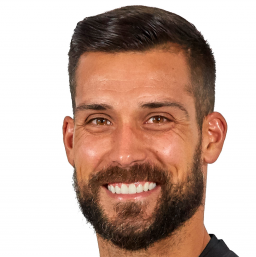