A win for Esteghlal against city rivals Persepolis in the Tehran derby keeps the Pro League title race alive with a 1-0 win at a packed Azadi Stadium.

A goal on the stroke of half-time from Vouria Ghafouri turning the ball home from close range with the aid of both posts was enough to claim victory for Esteghlal in the Tehran derby.

Persepolis came into the derby knowing that a win would mathematically sew up the Pro League title but the men in red were outplayed and out muscled by Winfried "Winnie" Schäfer's men in a game that was watched by FIFA president Infantino and former Dutch international Marco Van Basten.

The Pro League now takes a break and Persepolis will know that a win at home to mid-table Saipa on March 29th will be enough for the red side of Tehran to  retain the Persian Gulf Pro League title.

Esteghlal FC vs Persepolis FC live: as it happened

90'+4'   Esteghlal fans sening a win is imminent....Persepolis still probe but being let down by the final pass...

90'   What can Persepolis offer as time runs down?

89'   Persepolis getting desperate now pumping high balls into the box.... We're now in time added on....

86'   It has been far from a classic but the blue half of Tehran won't complain about the performance if they can hang on to this slender 1-0 lead.

86'   Sad scenes as the Esteghal player is stretchered from the pitch as we head twoards the 90th minute. 4´to go plus added time ...

84'   Once again, play held up as an Esteghal player needs medical attention.

79'   Persepolis push and proble but no way through the wall of blue....just ten minutes for Esteghlal to hold out and keep the league alive

75'   Another change for Persepolis with No. 18 making way for No. 8 (Ahmad) as the men in red look for the equalising goal

73'   Still no breakthrough for the league leaders as they manage to win a corner on the right hand side of the pitch....Nodded away and Esteghlal break ...

71'   Play held up as an Esteghlal player recieves medical attention

67'   Terrible effort from Esteghlal striker as he miscues his effort and the ball drifts behind the goal into the advertising hoardings. both managers shuffling their side with changes being made. The men in blue doing well to restraining Persepolis to long range efforts.

65'   Spectacular overhead effort for Persepolis but the striker fails to get his shot on target. The men in red creeping back into the game bit by bit but a solid defensive performance from Esteghlal so far enough to keep the league leaders at bay.

63'   Persepolis try a long range effort with the Esteghlal goalkeeper comfortably behind the ball.

60'   Despite increased possession little in terms of threat on goal from the men in red.

57'   The Persepolis corner can now be taken after a brief barrage of objects aimed at the Persepolis No. 5 Bashar

51'   Goalscorer Ghafouri carded for a rash challenge...first card of the game

49'   Neither side able to retain possession in this early stage of the second period with passes going astray.

48'   Cheap freekick given away by the Esteghlal right back but the Persepolis free comes to nothing.

46'   About to get underway in the Iranian capital. Can Esteghlal keep the season alive with a win ?

45'   Half Time in Tehran as Esteghlal go in 1-0 at the break. slightly deserved on the run of play

42'   Persepolis break and a poor final ball on the right hand side causes the move to break down.

38'   Game getting broken up now with a series of fouls as the match official talks to players from both sides requesting calm.

37'   Esteghlal do well in clearing the danger and launch a counter that comes to nothing.

34' Another corner for the men in blue .... Esteghlal certainly the better side in the game so far.

The camera pans to a smiling Infantino. Nothing that exciting happening on the field of play to get the head of FIFA enthused just yet.

30'   A stunning view of the Azadi from the sky reveals 3/4 of the stadium decked out in blue with Esteghlal being the home side today.

And again... a cross shot is miscued and fires wide across the face of the Persepolis goal.

26' Perse-Polis... Perse-Polis chants range out from the red sector of the Azadi. Remember a win will seal the title for Persepolis

25'   Esteghlal chance as a header loops over the bar from close range. Looked like offside but a great chance there for the men in blue.

20' Very poor challenge from the Esteghal No. 14 which goes unpunished by today's match official. Looked like a card in our view.

Esteghlal enjoying the better of the possession in the opening stages of the game but neither keeper really called into action so far.

15' Little in terms of controlled play with both sides aiming long balls as Esteghlal win a corner that comes to nothing.

Rash shot from Esteghlal with the ball flying out for a throw in. Persepolis break

12 minutes in and apologies for out initial technical issues

German coach Winfried Schäfer is the manager of Esteghlal. The 68-year-old has managed at club level in Germany as well as being national team manager of Cameroon, Jamaica, Thailand among others. 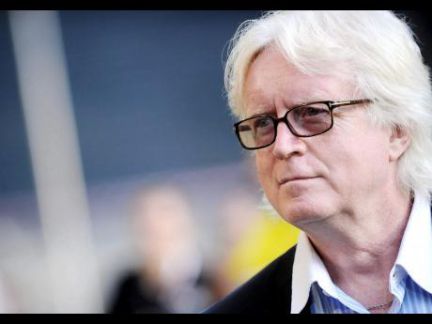 It's rumoured that both Marco Van Basten and head of FIFA Gianni Infantino will both attend the derby. President Gianni Infantino met with Iranian Football Federation President Mehdi Taj after meeting with Iran's Minister of Sport and Youth during his visit to the capital Tehran earlier today. 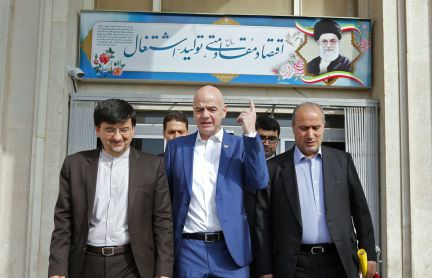 Title on the line for the red half of Tehran !

This excellent article from These Football Times recalls Zayed's career playing around the world including his brief spell with Persepolis. 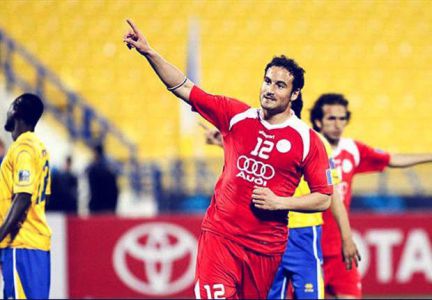 Six years ago Dublin born Eamon Zayed won over the red half of the city with his late hat-trick to secure a memorable win for Persepolis.

Persepolis are runaway leaders of the Persian Gulf Pro League 2017/18 competition leading Zob Ahan by 16 points with the blue side of Tehran in third place. Bragging rights and local pride very much on the line today in Tehran.

Hello and welcome to our live coverage of the biggest game in Iranian football as Esteghlal face Persepolis in the Tehran derby with a 1315 CET start.